Premium provider of online gaming solutions, Playtech, has announced the company will launch a native-first package of products for operators who are currently preparing to meet the newly-introduced requirements in Apple’s App Store guidelines.

In a move which can be seen as revolutionary, Playtech will unroll a fully native-first product line with fully native casino content and natively compiled set of games. 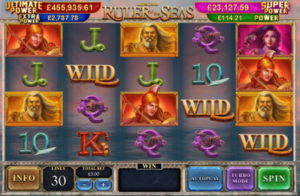 In an update to clause 4.7 of its guidelines in June 2019, Apple’s App Store revised certain policies that are set to take full effect as of 3rd September 2019.

Under the new requirements, all HTML5 games distributed in apps “may not provide access to real money gaming, lotteries, or charitable donations”. The update states that this functionality will only be appropriate for code that is embedded in the binary and can be reviewed by Apple.

As a result, the newly-implemented changes will prevent gambling operators from repackaging their websites via HTML5 technologies and uploading the content on the App Store. Therefore, gambling-related applications need to include a native functionality. Otherwise, they risk being eliminated from App Store.

CTO of Playtech Games Innovation Labs, Peter Mares, claims the new changes have only created another “Apple-shaped hoop” the gambling operators need to find a way to go over.

“Apple does sometimes make decisions with the best intentions, but it can frequently swing such a large ban-hammer that it catches innocent, unrelated apps in the process.” Mares commented.

Being an industry veteran and a leading name in the field, Playtech has understood the need to introduce changes for its clients to continue to flourish. Therefore, Playtech aims to offer its help with creating a freshly-tailored native-first product with fully native gaming content and equally compiled casino games.

In a genuinely revolutionary move, Playtech is now delivering a core, native-first product line which is the first-ever of its sort on the market.

Playtech’s fully native gaming package will allow customers to easily build native apps which will be fully compatible with iOS through a Software Development Kit (SDK). Free of charge and hassle-free, this tool kit eliminates the need for extensive investments and additional software developers.

“Playtech has been “in the game” for a very long time and understands that in order to succeed, most saliently we need to provide a solution that is guaranteed to help our licensees continue operating as usual. We understand the importance of App Store Optimisation and our licensees’ abilities to target App store users with marketing”, Peter Mares added.

The Playtech CTO has, however, expressed his doubts over the main reasons behind the newly-introduced changes within Apple. Many big players feel as if Apple wanted to increase its revenues from the industry beyond just advertising-income, following a year of huge turmoil. The new regulations are believed to have been aimed towards app sales, in-app purchases and Apple Pay transactions.

In addition to reinventing the industry with its market-leading solutions, Playtech is simultaneously working on expanding its own footprint on the global market.

Solverde has, therefore, become the latest Playtech partner after the company also shook hands with Gauselmann Merkur, RETAbet in Spain and with Swiss Casino to enter Switzerland.

The third title on the list, and perhaps the most exciting one, deals with a well-known character: Jose Luis Torrente. The Spanish cinema’s best worst detective is back with a 5 reel and 20 payline branded slot game which is packed with special features such as Loco Respin or Free Games. Moreover, this game also carries two jackpots which, as a result, make this title ridiculously exciting.

With everything stated above and these newly-added slot titles into Playtech’s already bursting portfolio, the company is only enhancing and strengthening its position on the global iGaming market.