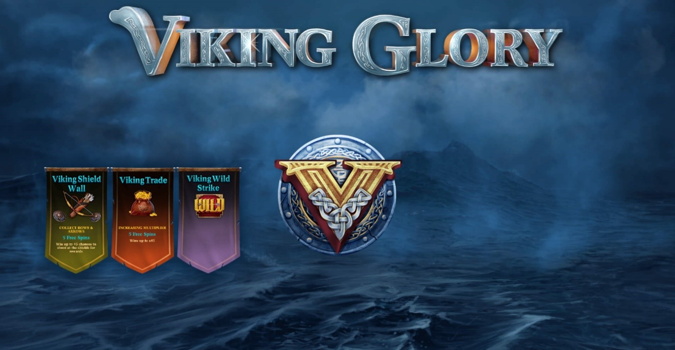 Pariplay continues to add to their portfolio of online slot games and during August we have seen then announce two new games, the first was the fantasy-themed Prancing Pony and they have now also revealed Viking Glory.

The second release brings what has been described as the “most bonus features of any Pariplay release” and that alone is sure to attract the attention of gamers on the lookout for new titles.

The game takes you back to the 8th century and to Scandinavia, to a land where the Vikings ruled. They were famous for their big wooden longships and used to sail the seas of Europe, raiding coastal towns. You get a feel for that in this new game, with the background, symbols and general theme of it all pointing towards that Viking era.

The game has five reels and 30 pay lines while offering a 95.97% RTP. One great feature of the game is that people from anywhere in the world can play this, with 20 languages to choose from while you are playing, so this really is a game for all.

With over 100 online casino games in their portfolio, the claim that this is the slot game with the most bonuses ever is a pretty impressive one. However, when you log on and begin to play you can quickly see that this is true. Be sure to look out for the Power Pay feature, extra spins, and a scatter jackpot that has five progressive jackpots. 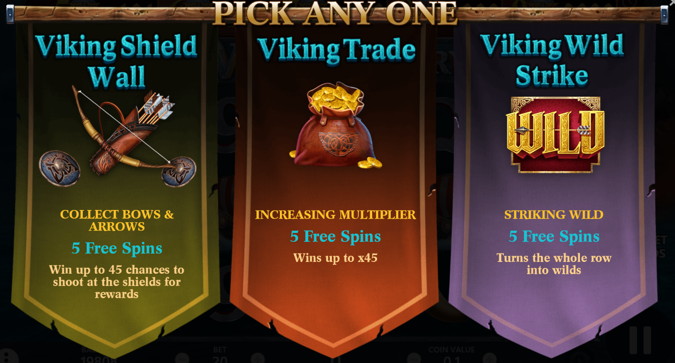 The most exciting part of this game for players is certainly the Power Pay feature. Here you will spin a wheel to determine which prize you win, with four different ones on offer, but all are equally as good. Depending on where you land, you will either receive Power Pay Credits, Power Pay Respins, Power Pay Multiplayer or Power Play Wild Reel.

The Power Pay Wild Reed feature is designed to give you some huge winnings, and this is great to watch unfold on the screen when it happens. When this feature occurs, the Power Pay dragon symbol and all symbols to their right will all turn into wilds allowing you to build up a number of winning pay lines that really mount up.

There are also not one, but three extra spin features available for players, which are called Viking Wild Strike Extra Spins, Viking Shield Wall and Viking Trade. Each one of these launches a mini-game that goes back to life in the Viking era, showing off their skills and what they were famous for as a group of people. Not only do you get the chance to pick up a big win here when using these free spins, but the fact that they are all mini-games really adds some excitement to the gameplay!

Hot on the heels of their earlier release this month, Prancing Pony, Pariplay have done it again here with Viking Glory, a game that combines a fantastic theme with great gameplay and bonus features for players.