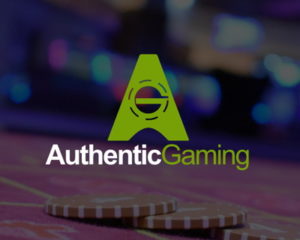 Authentic Gaming, the live dealer subsidiary of the LeoVegas brand, has been sold on to Genting in a €15 million deal. The sale will see LeoVegas pass on its 80% stake in the Authentic Gaming brand, with the €15m price representing a return of over 100% from the brand’s acquisition of it back in 2015.

It was on Wednesday that the Stockholm-listed brand LeoVegas made the announcement that it had signed into a deal with Genting, although shareholders in LeoVegas didn’t really have much to say or do about the matter. Stock trading closed on Wednesday with figures down less than 1%, which shows how much faith shareholders have in the LeoVegas company.

Speaking of the decision to sell Authentic Gaming on to Genting, the CEO of LeoVegas, Gustaf Hagman said that this is the right time for such a deal to go through. He said that Authentic Gaming has “developed into a profitable company.” He’s not wrong either, because some of the live dealer arm’s clients include operators like the Kindred Group, Betsson and even Greentube. So, it’s not like Authentic hasn’t got its feet in a number of different pools.

LeoVegas claims that Authentic has generated revenue of around €1 million in the three months that led up to 30 June, 2019. This is how it has managed to bring in a return of over 100% for the LeoVegas brand.

What Is Authentic Gaming?

Authentic Gaming broadcasts live casino content from various land-based casinos within Europe, although it has operated as an independent sector of the LeoVegas brand for three years.

Generally speaking, online casinos operating live dealer possibilities would utilise software that broadcasts games from one or more studios. This is where Authentic Gaming differs, because of its decision to make use of actual land-based casinos for its game streaming services.

Naturally, with Genting owning a vast number of brick-and-mortar establishments around the world, it gives the company the option of having live dealer games being broadcast from its own land-based gaming sites. This will surely provide more of an insight into how Genting’s land-based establishments work for anyone who only plays online, and potentially provide a much more authentic gaming experience…which ties in well with the name of the company is has just acquired.

Studio live gaming doesn’t have quite the same atmosphere to it as real establishment live gaming, potentially giving Genting a bit more of a leg up on the competition.

With this sale, LeoVegas now has two holdings remaining – the eSports brand Pixel.Bet as well as the casino streaming portal known as CasinoGrounds.

Authentic Gaming and Genting Speak Out

Stating that his group had “laid the foundation” for taking even more large steps in the live casino gaming sector, Authentic CEO and founder, Jonas Delin spoke of the great relationship it has experienced with LeoVegas over the past three years. However, he also mentioned that Genting shares the Authentic vision – to “weave online and land-based casino” – and it is for this reason that the Malaysian gaming giant has chosen to purchase it. Delin spoke of his happiness at the similar vision the two companies share, and of the 50 plus years of experience that Genting has.

It also didn’t take long for Genting to add their own comments regarding the sale, with CEO Jeremy Taylor saying that the multiple land-based gambling establishments of his company offer the ability for Authentic “to grown online at a fast pace”. He also mentioned the advanced technology of Authentic, as well as its innovative product – both of which would advance Genting’s own goal. This, Mr Taylor said, is for Genting to provide “an amazing gaming experience” via all of its casinos, and this is something he expects 24-hours-a-day “through any device.”

That would certainly fall in line with some of the restructuring that Genting has done in recent times. It was only in September that the company announced its rebranding of its online casino, live casino and sportsbook, which now go by the name of GentingBet. The company also holds land-based casinos within the United Kingdom, which is where the streaming for its live casino dual-play product streams from. In fact, in October, London Chinatown made its arrival to the online gambling scene as one of Genting’s brands.

There remains the question of what Genting will be doing with Evolution Gaming, which is the company that provided its live dealer games up until now. The acquisition of Authentic Gaming could potentially mean that there’s no longer any need for Genting to have any sort of relationship with Evolution. Time will tell on that front.

Not only that, but with Genting acquiring the Authentic Gaming brand, it begs the question of whether other land-based casino companies will follow in the same suit. With Genting streaming games from actual casinos instead of studios for its live dealer section, why wouldn’t brands like Grosvenor or Gala go the same route? Potentially they will, if they see that it’s a successful venture for the Genting brand. Time will tell on that front.

The History of LeoVegas 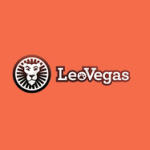 LeoVegas AB has been creating a name for itself since it opened its company doors in 2011 with the intent to provide entertaining mobile gaming options. It achieved this fairly quickly, but that didn’t stop the company from extending its reach to standard online casino games as well as sports betting to the masses. It is for this reason that players have been enjoying table games, video slots, progressive jackpots and more at the LeoVegas site.

Since its introduction to the gaming world, LeoVegas has increased its staff numbers to around 900, and it operates as one of the leading mobile gaming companies within Europe. The casino went live in 2012 and has obtained a number of awards over the years, including being the number one mobile casino available. LeoVegas was also one of the casinos to garner a Swedish gambling licence from the very first day of the country’s regulated market on 1 January, 2019.

The History of Genting 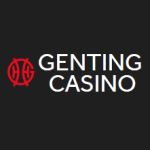 When it comes to the Genting Group, this company has its headquarters within Kuala Lumpur, Malaysia, and it was founded in 1965. It was the late Malaysian entrepreneur Tan Sri Lim Goh Tong who founded the company at that time, although it is now spearheaded by Tan Sri Dato Seri Lim Kok Thay, who is the Chairman and Chief Executive.

Genting Group has managed to operate and market casinos and resorts within a variety of countries around the world over the years, including the Americas, Australia, the Philippines, Singapore and the United Kingdom, to name a few. It even branched out into other areas, including a stint as the official partner of Aston Villa football club in the UK. Because of these achievements and more, both the Group and its affiliates employ around 62,000 people worldwide.

A mass of casinos and resorts around the world that are owned by the Genting Group remain in operation today, including 47 within the UK such as The Colony Club in London and Genting Casino, Salford. Four resorts exist within Malaysia, three in Singapore and one or two in the US, with more planned for this country in the near future.