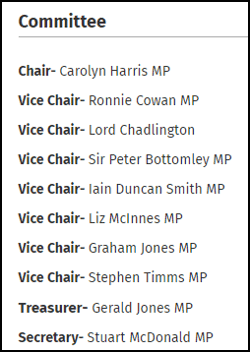 A group of MPs have made several demands of the UK government regarding the online gambling sector, but the main focus of a recent report has been for the protection of vulnerable people. As part of that report, which was put together by a group featuring members of different UK parties, MPs suggest that online casinos should also have maximum betting limits applied to their games. This would fall in line with the overhaul of the fixed odds betting terminals (FOBTs), which came into effect earlier this year. According to William Hill though, that same FOBT stake cut has garnered it a £63.5 million loss as of August this year.

The group of MPs, which includes the former Secretary of State for Work and Pensions Iain Duncan-Smith, have called for a number of measures to be brought in so that those who are most likely to be susceptible to gambling are protected. As well as the £2 maximum limit on online slot machines, the group has recommended that the following regulations are brought into effect within the country:

The cross-party group’s demands also seem to fall in line with the recommendation by the Labour party that the Gambling Act 2005 should also be replaced altogether. The Deputy Leader of the party, Tom Watson spoke earlier this year of high-profile scandals taking place within the gambling industry, proving that the current regulations in place aren’t effective in creating a safe environment for gamblers. He also said that the Act of 2005, which was passed by former Prime Minister Tony Blair at the time, is “unfit for the digital age”.

Parliamentary members of the group have stated that they have a very good chance of being able to influence gambling policy, and this is something that they say will not be affected by the outcome of the UK’s general election, to be held in December.

All Parties Come Together for Decision on Gambling 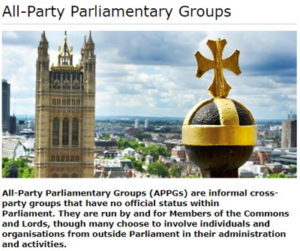 At a time when it seems like the parties of the government cannot agree on anything, gambling it seems is one of the things that unites them. Labour has already spoken of favouring a stricter gambling regime in the UK, and the current Prime Minister, Boris Johnson is said to be sympathetic towards the same route. Prior to settling in to his current role, he stood amongst a group of MPs who criticised the government openly regarding its proposition to delay the reduction in maximum stakes on FOBTs.

The All-Party Parliamentary Group (APPG), which is led by Carolyn Harris of the Labour Party, the aforementioned Duncan-Smith of the Conservatives, and the Scottish National Party’s Ronnie Cowan, created the report following an inquiry into the sector. That inquiry lasted over six months, and it included various evidence sessions with both gambling firm bosses and those people who have been diagnosed as gambling addicts.

Within that report crafted by the APPG, one of the most standout recommendations is the maximum £2 betting limit for all online slot machines at UK internet casinos. Prior to the FOBTs being hit with that same reduction, the government marked them as being a “social blight”, although that came after a long-winded campaign by anti-gambling organisations. The report suggested that if such large bets aren’t allowed within land-based establishments, why should they be allowed at online casinos?

Along with the recommendation of stopping players from depositing at online sites with credit cards, the group suggested that mandatory affordability checks should also be brought into effect. Both of these being introduced would be useful in ensuring that those opting to play at casinos wouldn’t get into financial difficulties.

It is said that the average British citizen has a disposable income of £450 a month. However, online gambling sites will only take a look into a customer’s financial status after that player has lost thousands of pounds – by which time, it’s not so effective!

Yet, it’s the VIP accounts which are often cited as causing problems where huge debts are built up. Within these accounts, players are given their own personal account manager and multitudes of incentives to continue depositing and playing, such as inflated bonuses or free sports bets.

That being said, following the call for those online gambling limits by MPS, shares in the UK’s largest betting companies fell swiftly according to The Financial Times.

The Group and Commission Speak Out 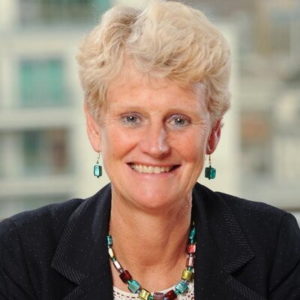 Speaking of the UK’s current gambling companies, Brigid Simmonds OBE, who operates as the Chair of the Betting and Gaming Council, said that they were “committed to ensuring a safe gambling experience”, and this is possible with all of the “tools that online operators have at their disposal”.

He went on to say that members of the Council continue to invest in “new technology”, which is used to identify any risk of harm, whilst also interacting with those vulnerable customers at an early stage.

Speaking of the report, Labour’s Ms. Harris said that there is an “urgent need” for an overhaul to take place in the UK’s gambling industry. During her speech, she pointed the finger of blame towards the UK Gambling Commission, stating that it is not fit for its purpose with the current age of online gambling. Instead, she suggested that greater powers were needed to be able to sanction companies.

Firing back, a spokesperson for the Gambling Commission said that the regulatory body was “disappointed” that the report was released prior to it being able to provide its own evidence on the situation. It insisted that the report had no mention of the considerable action undertaken by the Commission, which has resulted in massive progress in most of the areas of concern within.

It was left to Mr. Duncan-Smith to finish things off by expressing his outrage at the fact that there aren’t already stake limits in place as far as online gambling is concerned. Additionally, he balked at the fact that players can still deposit through credit cards.