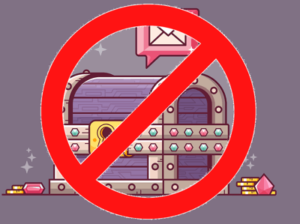 Loot boxes in video games have been the subject of quite the discussion in recent times. While some countries have opted to outrightly ban video games that incorporate loot boxes, others have pretty much welcomed them. The issue stems from whether or not the boxes are actually classed as gambling or not, and if a country that has strict anti-gambling laws defines them as such, then they’re banned due to such.

And while it’s usually members of the governmental parties that speak out against the incorporation of loot boxes into video games, it’s been quite infrequent to hear from the actual video game companies themselves. Yet, it seems as though the support for banning loot boxes has grown with the recent comments from the Epic Games co-founder Tim Sweeney.

In a recent keynote speech that took place at the Dice Summit in Las Vegas, Sweeney spoke of the gaming industry profiting from doing harm to their customers. Free-to-download games will often encourage their players to purchase virtual boxes, and these come with an unspecified number of items inside. Other games come with online marketplaces, allowing players to both trade and sell items that are found within those loot boxes.

You don’t have to look that far to find such video games, either. Popular titles like Overwatch and FIFA, have chosen to include such possibilities into their games, with random items being awarded for buying the boxes. 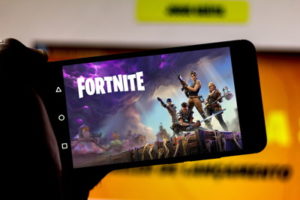 The online game Fortnite, which was designed and released by Epic Games, also incorporated loot boxes into its gameplay. Yet, in a bid to alter the way that these loot boxes appear, the developers adjusted the way they are accessible in 2019. Now, players are able to see exactly what’s inside the boxes before they proceed with purchasing them. At least this way, it can’t really be looked upon as any form of gambling, as gamers know what they’re buying.

“We have to ask ourselves, as an industry, what we want to be when we grow up,” Sweeney said during the aforementioned speech. He drew comparisons between the current state of the video game industry and Las Vegas slot machines before stating that it would be better for companies to actually be respected as creators of products that consumers are able to trust. “I think we will see more and more publishers move away from loot boxes”, he continued with.

Belgium was the first country to ban the sale of video game loot boxes, and the decision on that matter was made final in 2018. The Netherlands didn’t take long to follow suit. China and South Korea have requirements in place that determine that any developer selling loot boxes in their games must disclose the probabilities of receiving any given reward. Australia has also defined loot boxes as being akin to gambling. Other countries, such as the UK and USA haven’t really made any moves to ban or restrict loot boxes as of this writing.

What’s more, it was only earlier on this month that two French lawyers proceeded with filing a lawsuit against Electronic Arts for its FIFA video games. According to the lawyers, the game has an Ultimate Team feature built into it, which has a pay-to-win format in place, they say. 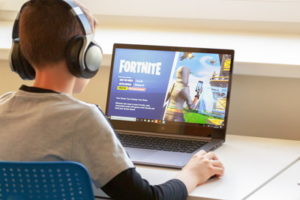 It may seem a little hypocritical of Fortnite’s boss to be slating loot boxes now – especially considering that it included such items within its own gameplay at one point. Yet, the title received such a huge backlash from concerned parents, due to the fact that it was so easy to purchase items within. Minors had the ability to simply purchase those boxes and nobody knew any different. The game itself has 200 million registered users worldwide, and it’s a free-to-download game as well. However, players have the ability to make in-game purchases.

“We should be very reticent of creating an experience where the outcome can be influenced by spending money”, Sweeney added. “Loot boxes play on all the mechanics of gambling except for the ability to get more money out in the end”.

Fortnite made over $2.4 billion (€2.2 billion) in revenue for the Epic Games brand in 2018. Yet, just last year, a report was issued by the Internet Matters organisation, which discovered that around 26% of the 2,000 parents of four to 16-year-olds that it spoke to, were actually concerned over the amount of money being spent by their children on in-game purchases. It went on to provide details of how to set up Parental Controls for the game, whilst giving further advice on keeping children safe while playing Fortnite.