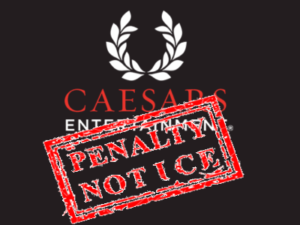 The United Kingdom Gambling Commission has unleashed its biggest ever fine of £13 million, and its target for that is the Caesars Entertainment brand. The UK arm of the huge US casino company was hit with the fine following the regulatory body making the discovery that it failed to prevent problem gamblers from losing hundreds and thousands of pounds.  This comes just 2 weeks after the body fined Betway £11.6M in what was a record fine until this and a month after Mr Green were fined £3M.

As part of the sanction handed out to Caesars, the Commission said that the company would have to make a series of improvements so as to improve its social responsibility and money laundering measures.

Following the conclusion of the investigation which led to this decision by the Gambling Commission, three senior managers took the option to surrender their personal licences and leave the company altogether. What’s more, investigations are continuing with regard to Personal Management Licence holders.

Caesars Entertainment is the owner and operator of 11 casinos across the United Kingdom, including the Empire and Playboy casinos of London. It will now pay the £13 million fine due to various systematic failings relating to the way the company made decisions surrounding its VIP players between January 2016 and December 2018. These failings included the following social responsibility issues: 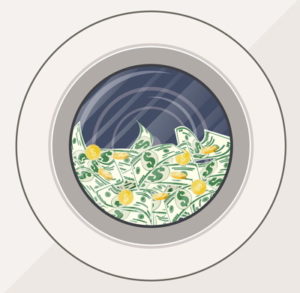 It wasn’t only social responsibility that the company had sanctions imposed on it for, but money laundering issues, too. These included the operator not proceeding to carry out adequate source of funds checks on a player who was provided the opportunity to deposit around £3.5 million into his account and lose a total of £1.6 million in just three months. Other money laundering failings included:

“We have published this case at this time because it’s vitally important that the lessons are factored into the work the industry is currently doing to address poor practices of VIP management…”, said Chief Executive of the Gambling Commission, Neil McArthur. “The failings in this case are extremely serious”, he continued. “A culture of putting customer safety at the heart of business decisions should be set from the very top of every company and Caesars failed to do this”.

The CEO went on to say that investigations would now continue into the individual licence holders involved with the decisions taken. “We are absolutely clear about our expectations of operators – whatever type of gambling they offer they must know their customers. They must interact with them and check what they can afford to gamble with – stepping in when they see signs of harm”, he finished off with.

Fine to Be Put Towards Combating Problem Gambling 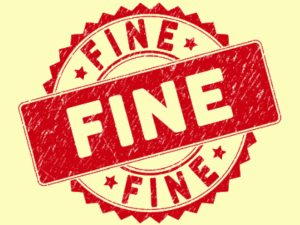 The full £13 million fine to be paid by Caesars Entertainment will be placed into a fund for the National Strategy to Reduce Gambling Harms. It is this same fund that saw various top UK betting firms to commit to certain pledges in order to enhance safer gambling in the United Kingdom.

This sanction handed out to Caesars is just the latest in a growing line of tough regulatory action that the Commission has proceeded with recently. Since January of this year, there have been suspensions on the operating licences of Stakers Limited, International Multi-Media Entertainments Limited and Addison Global Limited.

To add to that, the regulatory body has enforced various fines on companies, which have equated to £27 million altogether – and that’s just for the 2020 period, which is only in its fourth month. Those sanctions have included an £11.6 million fine for Betway and a £3 million fine for Mr Green.