What Happened to the UK Super Casinos?

If anyone remembers a decade or two ago, there were big plans put in place in the United Kingdom to introduce something known as ‘Super Casinos’. These were going to be a big step towards the regeneration of key areas of the country, including Manchester and Blackpool, which had once been big tourist hotspots but were suffering declining numbers of people visiting them.

However, these huge attractions never materialised, being stuck in the planning stages for a considerable time period before disappearing altogether. So, what exactly happened to the super casinos that were supposed to arrive in the UK? 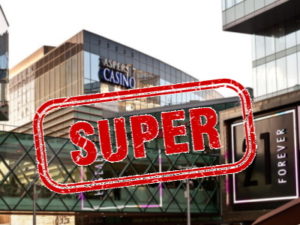 It was back in 2007 that the City of Manchester was supposed to be the recipient of a new super casino, also known as a regional or mega casino. This, and several others planned for after it, would be the largest category of casino permitted by law in the United Kingdom. Being equivalent in size to the larger casinos found in the city of Las Vegas, Nevada, the idea behind this construction was to bring more people to the city.

This came about when the Gambling Act 2005 revised various regulations relating to gambling within the UK country of England. Along with those changes came various controversial provisions for the establishment of a number of Las Vegas-style casinos, which were given the name of ‘super casinos’ by the media.

Initially, the proposed super casinos were to be built in eight locations. However, there were various concerns expressed by the national media and from a slew of gambling addiction organisations and religious groups, which meant some changes had to be brought into place. Instead of the eight regional casinos, the final revision of the act permitted a single one of the largest size to be built under this moniker, while a further eight large and eight small casinos of reduced size and jackpot limits could also be constructed.

At the time, the government decided upon a short-list of eight different sites for the super casinos to be built at, which were:

From those sites, it was announced that Manchester would possess the first regional casino, to be built in Eastlands near the City of Manchester Stadium. Many people were instantly shocked that The O2 in London and the location of Blackpool had lost out, due to both being clear favourites for the super casino.

The eight large casinos in the UK were to be built in Great Yarmouth, Kingston-upon-Hull, Leeds, Middlesbrough, Milton Keynes, Newham, Solihull and Southampton. 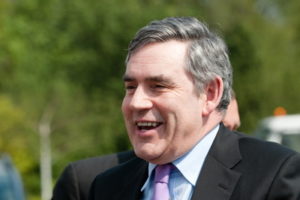 Despite the fact that Manchester was announced as the location for the super casino to be built in January of 2007, it didn’t take long for public backlash and political issues to stall proceedings. Less than two months after Manchester’s winning bid for the casino was revealed, the House of Lords proceeded to reject a Gambling Order which would enable the creation of the establishment. Politics became an even bigger factor in the proceeding months, as Tony Blair left his position as Prime Minister only to be replaced by Gordon Brown.

While Blair had quite the liking for the idea of the super casino, Brown was far less interested in such being built. However, the prospect of cancelling such a major source of investment into a city that was heavily in support of the Labour party was not welcome. That being said, following months of behind-the-scenes arguing and wrangling (which also included threats of legal action), the Manchester regional casino was scrapped entirely just one year after Manchester’s winning bid was announced.

The plans remained in place to permit the eight large and eight small casinos to continue being built, though. Of those larger casinos, only three had actually proceeded with being constructed by the end of 2015 and have since opened their doors to the public. That being said, these sites have brought in a lot of revenue for their local authority areas. The three large casinos that have opened already are:

A casino in Leeds began construction in 2012 and finally opened five years later, while work had not yet started on those in Great Yarmouth or Middlesbrough by that time.

The former of these two locations completed its large casino in June of 2019, while the latter’s never happened. Meanwhile, Southampton City Council was struggling to find an operator for its proposed establishment and Hull’s casino stalled so much that it was eventually scrapped. 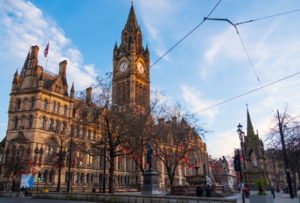 While politics ultimately led to the cancellation of the super casino in Manchester, there was also the suggestion that high-paying casino jobs were likely to attract people from outside the area. This, it was said, would mean that local people wouldn’t necessarily benefit from the construction of such, but would still have to suffer the brunt of any risks faced. For this reason, the government said it had looked at alternative ways of bringing similar benefits to Manchester, including via museums, theatres, retail and housing developments.

Naturally, the Manchester City Council leader at the time Sir Richard Leese, mentioned that he was indeed disappointed that the super casino wasn’t going ahead as planned. He did not rule out taking legal action at the time, either. Commenting on the fact that a super casino would have brought 3,000+ jobs to east Manchester, he spoke of needing to see clear evidence and commitment in any alternative bringing “the greatest possible benefits” to the city before agreeing to it.

At the same time, the shadow culture secretary Jeremy Hunt, as well as the Liberal Democrat culture spokesperson Don Foster, spoke of the government’s gambling policy being a confusing mess, with the latter man pointing out that the original local authority bids for the super casino had cost the taxpayer £1 million.

Minister of Blackpool Looks for Revival of Super Casino 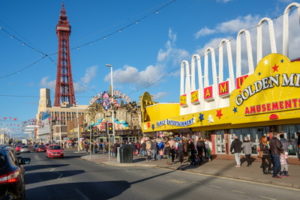 While the plans for these super casinos and the like seemed to remain dormant and forgotten about for several years, it seems as though Blackpool isn’t quite done with bringing one to light in its own town. In 2019, a move to revive plans for a Las Vegas-style super casino in Blackpool took place, with the Northern Powerhouse minister spearheading it. Speaking of the intent to resurrect the plans, Jake Berry said that the inclusion of such a casino in Blackpool could help to spark a “once in a generation” chance to regenerate the seaside resort town.

He went on to suggest that while it was early days for anything to really be said for sure, it’s a “prize worth reaching for” in terms of resurrecting Blackpool’s tourist scene. Berry said that research had suggested that a casino of such proportions could create more than 3,000 jobs in the area, whilst simultaneously bringing millions of pounds to the economy of Blackpool.

Unfortunately, the council opposition leader at the time, Tony Williams said that he wasn’t convinced by the idea of having a super casino in Blackpool, suggesting that the demand for such isn’t there. “Gambling has now become so much an online activity”, he said, before claiming that a super casino may not be as exciting a project as it was 10 years ago.

This sentiment was backed up by Steven Bate, a member of the group set up to oppose the scheme back in 2007. He said that it would be very doubtful if the government could pass any legislation through the Lords, reminding people that the last attempt to do so was a failure.