For most of us, the dream is simply to win the main prize on the lottery once. Receiving hundreds of thousands of pounds in return for a relatively small stake would be perfect, let alone if it ended up being millions. It’s why so many of us play the National Lottery or sign up to online casinos in order to play the slots that have huge progressive jackpots. A single win would be life-changing.

There are others who doubtless thought the same thing, but have been so fortunate that they’ve won big on more than one occasion. Perhaps they thought that they had cancelled their direct debit for the lottery, say, or bought a scratch card to fill time whilst they were waiting for someone. Whatever the reasoning, these people have hit it big on multiple occasions, so we’ll find out about them here.

What Are The Chances?

Winning the lottery in any form is an outside chance, with the odds of winning any prize whatsoever standing at 1 in 9.3 when it comes to the standard Lotto. Start to talk about winning multiple prizes and those odds go up don’t they? If you change those prizes to being jackpots then the chances are perhaps best described as ‘slim’. That’s in the United Kingdom of course, with the odds of doing it in the States being astronomical.

In 2019, for example, there was a $350 million Powerball prize that had odds of 1 in 292 million, give or take, of being won. Given that lottery ticket sales generate annual revenue of around $80 billion annually in the United State of America, it’s fair to say that players don’t pay much attention to the odds of being successful. In May of that year a lady called Peggy Dodson won $1 million, having won $100,000 two years previously.

In the same year, Janet Pflaumer-Phillips also won $1 million from a scratch card. That was her first big win, but her husband Kevin Phillips had already won the same amount not once but twice, meaning that the couple had won a total of $3 million between them. They are just a small sample of people who’ve struck it lucky on more than one occasion, but it really does beg the questientical to the chance of winning it a single time. Speaking to CNBC, the professor said, “In other words, having previously won the lottery does not improve or make less likely the chance of winning the lottery in the future.”

The odds of all lottery wins are independent, so buying tickets regularly doesn’t increase your chance of winning any more than having already hit the jackpot once will decrease your chances. In fact, the only way of increasing your chances is by buying more tickets for a single game. That’s not to say that the odds will fall dramatically if you buy several tickets for the same lottery draw, of course.

Dr. Lew Lefton from Georgia Tech’s School of Mathematics points out that buying a few extra tickets isn’t going to reduce the chances from long shot to dead certainty, however. He said, “My advice is don’t play the lottery and expect to win. That said, it can be fun to play the lottery and imagine you win. That’s a different approach, and it’s just like any other gambling: You should only be willing to spend what you can afford to lose.” 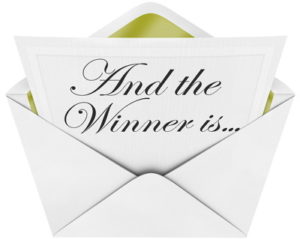 While it feels as though there should be some sort of rule that says if you’ve won the lottery once you shouldn’t be allowed to win it again, the reality is that the National Lottery and its counterparts don’t really care who it is that wins the big prizes. They’re in it make a profit and use some of the money made to help good causes, not be the arbiter of who should and who shouldn’t win millions of pounds in prize money.

Here’s a look at some of the most interesting stories of people who have hit the big time on more than one occasion:

Buried in debt, Richard Lusting was worried about what sort of life he was going to lead without any disposable income to keep his head above the water. He soon believed that he’d developed a strategy for winning the lottery that proved to be correct, given that he hit the big bucks seven times in the space of two years. That included a jackpot of $842,151.92 and smaller wins totalling $1,047,060.50.

He approached the lottery using nine factors that are as follows:

These are the tips that Lusting has shared in his book, Learn How to Increase your Chances of Winning the Lottery. He developed his strategy over twenty years, doing his homework on winning the lottery along the way. He also believes that avoiding quick pick games, sticking to the same numbers and avoiding big jackpots will help, though there is little in the maths to suggest that he is correct on that front.

The tale of Bill Morgan is one that people on social media will likely have seen, given that the video of his second win was shared widely after it happened. The reason that there was a video is that the Australian truck driver was being filmed for his local news station in Melbourne. Morgan’s heart had been stopped twice after he suffered a heart attack, so when he recovered he decided to try his luck on a scratch card.

The ticket that he bought resulted in him winning a car, with the news station deciding that his good luck story was worth sharing. They asked him to return to the store and buy the same scratch card before scratching it off as they filmed him for the report. As he was filmed scratching the second ticket, he turned to the camera and revealed that he’d just won AU$250,000. Not the biggest win on our list, but perhaps the most heart-warming.

In 2013, David and Kathleen Long decided to take early retirement after they won £1 million on the EuroMillions. The couple, who lived in a static caravan, bought themselves a new car and had a dream wedding. Having been engaged for twelve years, it was a nice way for the couple to celebrate their win, which was achieved in the EuroMillions Millionaire Raffle on July 26th 2013.

When he checked his tickets the following morning he thought he’d won just £7.20 until he looked at the raffle codes, which he’d learned to do after their first win. Soon he called Kathleen through to check the ticket, who confirmed that they’d won another £1 million. Whilst the pair have lived the high-life ever since, including booking a cruise, they do still live in the same static caravan they were in before they won £2 million.

Do some people win the lottery more than once because they’re lucky, or is it just a statistical anomaly? There’s no way of knowing, of course, but for Rolf Rhodes it really doesn’t matter anyway. In May 2018 Mr Rhodes played Hit $1,000, winning a $1 million dollar prize. Because of how things work in America, with local and national taxes to pay, he took a lump sum figure of around $650,000.

A little over a year later and Rhodes was once again on the winning end of a prize, this time thanks to a scratch card with a jackpot of $4 million. Instead of taking the lump sum with his second win, Mr Rhodes opted for twenty yearly instalments of $50,000. He defied odds of 1 in 1.68 million to take the top prize the second time around, meaning that he is very much set for life.

If you win the lottery, will you change your numbers or stick to the formula that helped you win the first time? If the story of James Bozeman is anything to go by then you might well consider mixing things up a little bit. Mr Bozeman won the Florida Lotto, taking home a prize of $10 million dollars, minus taxes and other fees. Not content with becoming richer than most people could dream of, he kept on buying lottery tickets.

Though the chances of winning again with the same numbers is the same as opting for totally different ones, Bozeman decided to mix things and played different digits when he bought another ticket a year later from the same 7-Eleven he’d won at the first time. It proved to be the right strategy, with his next ticket bagging him an additional $3 million. There’s no news yet on whether his third set of numbers have proven to be just as lucky.

Whilst it’s not unusual to be jealous of jackpot winners, it’s hard to feel any animosity towards Elmer Sherwin. The World War Two veteran was 76-years-old when he went to the Mirage in Las Vegas and decided to try his luck at the Megabucks jackpot. It was just ten hours after the casino had opened the game to the public when Mr Sherwin won $4.6 million, using the money to travel the world.

For him, playing on the slots was a fun activity rather than a desperate attempt to win money. Not that he was complaining when he played the Megabucks sixteen years later and won it for a second time. At the age of 92 he added another $21 million to his earlier winnings, but chose not to keep most of the money to himself. Instead he gave the majority of it away to charity, including to the victims of Hurricane Katrina.

Believe it or not, there are countless stories of people winning large jackpots on multiple occasions. Rather than tell you them all we’ll sum it all up with just two more stories. The first concerns Ernest Pullen, a man who refused to let winning $1 million go to his head. Despite being close to retirement age, Mr Pullen stayed working his desk job after hitting the top prize on the 100 Million Dollar Blockbuster scratch card.

Pullen, who lived in Bonne Terre, Missouri, also continued buying scratch cards and saw his luck come in a second time when he took home $2 million thanks to a Mega Monopoly scratch card. He moved to Bonne Terre from Pevely after his first win, with his second win taking his winnings to $1.3 million before taxes. He is the only person in Missouri to win more than $1 million twice, according to the state lottery.

If you’re talking strictly in terms of people winning the lottery more than once then perhaps the Says don’t count. Yet Gayle and Philip Say made a mistake that would see them net £1 million on the National Lottery’s Thunderball draw. Mrs Say bought several lines for three tickets of a Thunderbolt draw, accidentally copying the same numbers out for two of them. She considered asking the shopkeeper to cancel one of them.

She decided not to having apparently thought, “It’s not like it will win anyway”. When the draw was made, the copied ticket matched five numbers as well as the bonus ball, meaning that the couple won not the £500,000 that they would have if Gayle Say had cancelled the ticket but instead £1 million. They were also just one number away from winning a third time when their ticket matched five numbers but without the bonus ball.