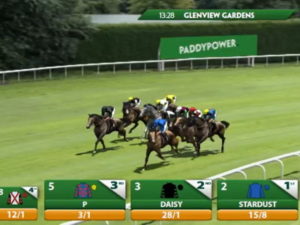 If you’ve ever used on online casino/bookmaker then you’ll doubtless have seen the option to place a bet on virtually racing or a virtual form of some other sport. You can even watch the event pan out, with computerised pictures of horses running on a track or footballers kicking the ball to each other. Because of the computerised nature of the gaming, it’s easy to wonder whether these events are fixed and that the bookies can control the outcome.

The answer is that they’re not fixed in the sense of anyone knowing what the outcome will be, but they are controlled by Random Number Generators. That means that the outcome of each event is random, but that it will be weighted according to the likely odds of each possible eventuality. They’re basically akin to playing on online slot machines, in the sense that the outcome isn’t fixed but that the casino is guaranteed a profit.

Basically in the real world you might find a horse priced at 100/1 but its chances of winning on any given day will vary based on the course, ground, jockey, etc., and so on rare occasions you can back horses at long odds when there chances of winning are actually much better.  This will never happen in a virtual race, a 100/1 horse is genuinely a 100/1 horse and will win proportional to those odds.  You can’t use knowledge and instinct for virtual racing or sports in the same way you can in real sports to get an edge.

A Quick Explanation Of RNGs 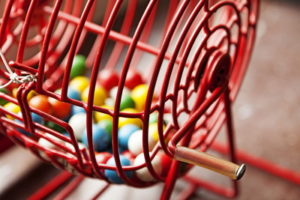 Regardless of which one is being used, the result is that the outcome is essentially random. It’s why it’s such a good way of controlling slot games, with RNGs determining the outcome of the spin of the reels. When it comes to an event such as a horse race, the algorithms that control RNGs are able to take into account the likelihood of any specific event happening. In other words, odds can be added into the algorithm.

Let’s think about it in a really simplistic way and imagine we’re looking at a virtual horse race with ten horses taking part. If each horse had the same ability then there would be an equal chance that any of them might win. We could draw the number of each horse on a tennis table ball and drop it into a bowl, pulling out the ball that represented the winning horse. Because the odds vary between the horses, however, we need to adjust our model to take that into account.

The important thing to remember here is that the horse with the least chance of winning and therefore only one ball in the bowl can still win. Whilst it’s unlikely that you’ll pick that one ball out of the bowl, it isn’t impossible. Obviously it’s a ludicrously simplistic explanation, but in essence it’s how the RNGs work when dealing with virtual sports. A horse with rubbish odds has less chance of winning, but that doesn’t mean that it never well. 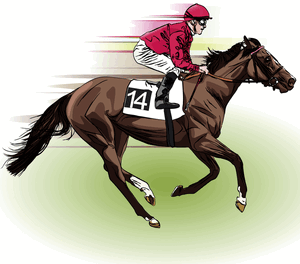 Whilst virtual sports aren’t fixed in the sense of the outcome being known before the event takes place, they are fixed in the sense of the online gambling operator offering them on their site knowing that they’ll have a guaranteed profit from them over a long period of time. Again, the way to think of them is in exactly the same manner as slot games in an online casino. The casino owner know that they will make a given profit over time.

All of the various games that use RNGs supply an RTP percentage, or Return To Player. It might say that the RTP is 97% for example. What this means is that all players across a selected period of time will get 97% of their money back from that game. What it doesn’t mean, however, is that one player will get that money back. Instead, one player might get back 105 pence for every £1 that they spent, whilst another player will only get back 89 pence for every £1 gambled.

It works out over time to provide the casino with a nice steady profit, with the exact variance as far as the gamblers are concerned being unknown. If you hit a hot streak, where you seem to be winning every bet you place, it means that other people will be losing every bet that they put down and will be waiting for their luck to turn. This doesn’t mean that any given virtual sport is ‘fixed’ in the negative way of thinking about it, however.

It is worth pointing out however that the RTP for virtual sports is generally not as good as casino slots and table games.  Therfore if you are going to take a chance you would find better value with conventional casino games on a individual bet basis.  If, however, you enjoy virtual sports then don’t let anyone tell you not to play them, just be aware they are not the best value games. 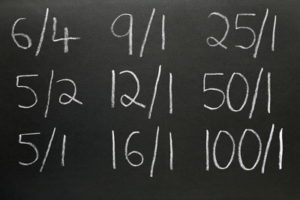 The point of a virtual sport is that you’ll find that the real odds are reflected more often in the outcome than in live sports. In other words, a horse with odds of 100/1 in a virtual sport race will win the event less than 1 in 100 times on average. Equally the favourite will win the race more often than not. You only need to look at any given horse racing meeting to see that the favourites don’t actually win all that often in real life, but they will in virtual horse racing.

The margin that is fixed into virtual sports is always going to be much better for bookmakers than it is for the punter because of the fact that the real odds will come home more often than not. As a result, you’ll often see bookies with offers to get you to play the virtual sports. This does’t mean that anything is fixed and you’re definitely going to lose your wager, but rather that if you keep on better on it over time then the House will, as the cliche goes, always win.