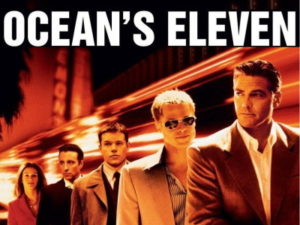 There are so many television shows and movies that exist today, and these have been created – often painstakingly – through several years to become hits at the box office and in TV ratings. While many of these focus on adventure themes or delve into the horror genre, not a large portion of them can be said to have taken place within a casino or even be about a casino lifestyle. Yet, there are a few that can be picked out that have, and these have made some of the most entertaining shows and movies in the world.

What are these movies and television shows and which casinos did they actually take place in? Furthermore, have they had any sort of influence on real life gamblers and bringing more people into land-based casinos? It’s not uncommon for movie fans to want to visit the places that their favourite films are made at, after all. Potentially, the online casinos playing host to the film crews have experienced surges in visitors since appearing in the films. Well, that’s what we’ll be looking at today. Prepare yourself for some of the best casino movies and TV shows.

While it’s true that some casinos that feature in such media have been simple studio setups, others have utilised actual land-based establishments for their shots. Which films are these and which casinos did they use for this? Let’s take a look.

Pretty much everyone is aware of Daniel Craig’s first outing as popular character 007 James Bond. Casino Royale was a big hit, despite being a remake of the original under the same name released in 1973. It has actually gone on to become one of the most appreciated movies in the James Bond franchise, and potentially, some of that popularity could have come from the fact that it sends you into a world of high stakes and risk.

Naturally, a casino is operational in the movie – otherwise, why would it be called Casino Royale? But which casino is this? Well, in the movie, it is described as being the Casino Royale in the Eastern European country of Montenegro. However, there wasn’t any actual filming that took place there. The exterior of the casino is actually the outside of a Czech spa named ‘Lazne I’, and the nearby Grandhotel Pupp served as the film’s “Hotel Splendide”. Filming for much of the movie took place within the Czech Republic. The interior of the casino didn’t actually take place in a casino at all. Instead, the scenes were shot in Barrandov Studios based within the Czech Republic.

In Casino Royale, James Bond goes on a secret mission to stop a villain known as Le Chiffre, who is the banker for many worldwide criminal organisations. Bond has to halt him in his attempts to win a high-stakes game of Texas Hold’em at the Casino Royale, and in doing so, stop him from providing blood money to many terrorist organisations.

The Hangover – Directed by Todd Phillips, 2009

If you’re in for a good laugh with the films you watch, then you should definitely take a look at The Hangover. This movie pretty much illustrates that common saying of “what happens in Vegas, stays in Vegas”, and of course, it provides imagery of what a casino haven Las Vegas actually is.

The Hangover was actually filmed within both California and Nevada, and two high-profile Vegas casinos are seen in it. Caesars Palace on Las Vegas Boulevard South is one location, while the Wild Wild West Casino and Hotel on Tropicana Avenue is the other. Of course, The Hangover is not the only movie that Caesars Palace has appeared in, for both external and internal shots. The casino has become a focal point during movies like Iron Man, Showgirls, Godzilla, Rocky III, Fools Rush In and the second sequel of The Hangover. It is, however, the only movie that the Wild Wild West Casino has managed to make an appearance in.

The Hangover basically follows three friends – Phil, Stu and Alan – who travel to Las Vegas for the bachelor party of their pal Doug. Following a night of frivolity in casinos, they all wake up with no memory of what happened, a missing groom, a tiger in their bedroom and, in the case of one of them, a missing tooth. It’s a crazy comedy film, where the three friends must find Doug and get him safely to his wedding. 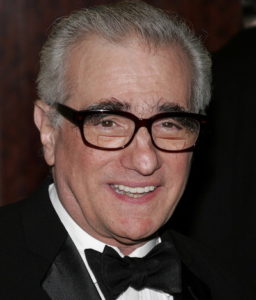 Martin Scorsese is one of the world’s best directors, and he brought in some impressive talent for this film, simply titled Casino. Robert De Niro portrays Sam ‘Ace’ Rothstein, who is an ex-gangster living a normal life, working as the manager of a great Las Vegas casino. This is known as the Tangiers Casino, although the actual filming location of this was the Le Bistro Lounge, Riviera Hotel & Casino in Las Vegas. For additional locations within the fictional Tangiers Casino, Bally’s Casino Resort was utilised, which is also located in Vegas.

Another casino-themed movie in Fear and Loathing in Las Vegas used the same Le Bistro site for filming in. Meanwhile, the Bally’s Casino Resort has seen itself in several movies, including Leaving Las Vegas, Rocky IV and Honeymoon in Vegas.

Ace’s working role as a manager of the Tangiers doesn’t last long in Casino, as his old friend Nicky (portrayed by Joe Pesci) pays him a visit looking for help. Operating as a mafia underboss, Nicky teams up with Sharon Stone’s character, Ginger to try and break the rules and make it to the top. Ace finally cedes and unites with the pair, with the first portion of the film depicting them cheating the system. Of course, after a rise comes a fall, with the FBI and mafia bosses involving themselves. 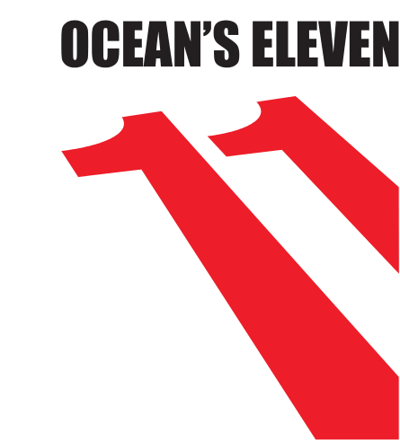 Perhaps one of the greatest casino movies of all time, Ocean’s Eleven has an all-star cast including the likes of George Clooney, Brad Pitt, Bernie Max, Casey Affleck, Matt Damon, Andy Garcia, Julia Roberts and Angie Dickinson. Clooney’s character in the movie, Danny Ocean is a professional thief, who assembles a team of talented con artists. Together, they aim to steal money from three of the greatest Las Vegas casinos.

Early on in the film, Danny Ocean is seen playing casino games in the Trump Plaza Hotel and Casino, which is actually located in Atlantic City, New Jersey. However, external casino scenes later on took place at the Bellagio Casino & Hotel, located in Vegas. This casino, along with the MGM Grand and the Mirage, are the sites that Ocean and his team intend to rob. That being said, the interiors of none of these three casinos are seen in the film.

In fact, the casino interior, offices, vault and rooms were all filmed at various studios, including Universal Studios in California and Florida, as well as Infinite Horizon Studios in Florida. The MGM Warehouse was also utilised as a location used by Danny’s crew for planning and building a replica vault. This has since been demolished, but no interior shots ever came from actual casinos during the filming of Ocean’s Eleven, other than the opening scene of Ocean himself playing games. 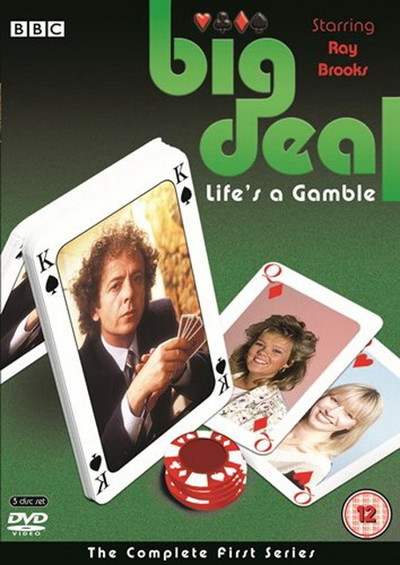 There have been many comedies created in Britain, but one that had quite the focus on gambling was Big Deal. The comedy-drama was originally broadcast on the BBC between 1984 and 1986, and starred Ray Brooks, Sharon Duce and Lisa Geoghan. In the series, the central focus weas on Robbie Box, portrayed by Brooks, who was a small-time London gambler. While being quite addicted to playing poker, the show looked at the effects that this had on his long-suffering girlfriend Jan (Duce) and her daughter Debby (Geoghan).

Three series were filmed, and it gave viewers an honest look into the often-grimy world of professional gambling at the time. However, even though casinos were seen in the series at times, the main character of Box usually spent most of his time enjoying poker in South London estates and vacant lots in Camden. Of course, this did little to highlight the sort of experience one could have in an actual UK casino at the time, and it would do little to increase the visitors to London’s high-quality establishments. 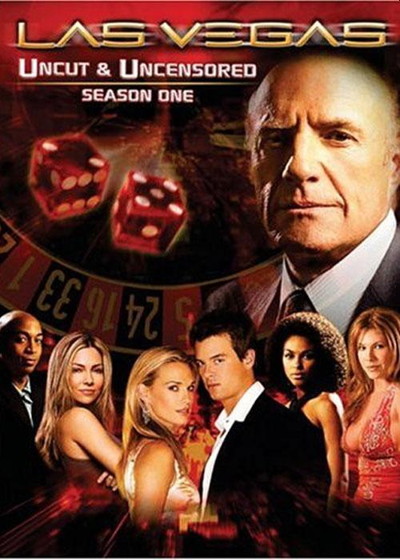 The 2003 television series going by the name of Las Vegas was broadcast on NBC until February of 2008. It focused on a team of people who were working at the dictional Montecito Resort and Casino, and how they dealt with the daily issues that arose within their working environment. These problems could be anything from valet parking to casino security. Starring Josh Duhamel as Danny McCoy and James Lesure as Mike Cannon, it ran for 106 episodes.

The location of the fictional casino in this TV show actually changed from season to season, with some of the first episodes shot at the Monte Carlo Resort and Casino in Vegas. After this, episodes were shot at the Mandalay Bay resort, based at the southern end of the Strip. That being said, a few interior and exterior shots were also filmed at the St. Regis Hotel in Monarch Beach, California. And once season five rolls around, the Montecito seems to have a permanent location directly opposite the Luxor Casino.

That being said, the most frequently used casino for the Montecito’s interior and exterior shots is the Mandalay Bay. However, the actual set utilised for most of the scenes within the series is based at Culver Studios in California. According to an early episode of the show, the fictional Montecito is supposedly around 1.5 miles from Wynn Casino Las Vegas. 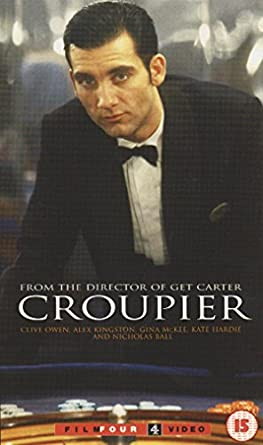 Another addition to this list is the 1989 film Croupier, starring Clive Owen, Nick Reding and Nicholas Ball. This is a British neo-noir film that garnered quite a strong critical following in North America, helping to launch Owen’s career in the States. In the film, Owen plays Jack Manfred, who is an aspiring writer. To make ends meet, he accepts a job as a casino croupier, but finds himself drawn into that gambling world. Eventually, his job takes over his life altogether.

He chooses to go drinking with another croupier, who he knows is stealing from the casino. He sleeps with a female croupier named Bella, which is against casino policy, and he writes candidly about people who have entered the casino and his fellow croupiers. Furthermore, he gets roped in to being an inside man for a planned casino robbery, accepting a £10,000 advance and an additional £10k if the job goes well.

Even though casinos take up the most prominent role in Croupier, everything was filmed at the Infostudios in Monheim, Germany. External shots did take place in Buckinghamshire, Piccadilly Circus and London Palladium in the UK, but none of the interior casino shots are of actual casinos. Oddly enough, when Croupier was released, it had quite a muted response in the UK. It was only when it was released in the US that it obtained widespread critical praise.

While it’s true that several films and TV shows have incorporated casino scenes into their storylines, can it be said that they have depicted this world correctly? Well, it generally depends. Casinos back in the 80s and 90s were likely a lot different to the casinos of today. Furthermore, in a film such as Casino Royale, everything is exaggerated because James Bond isn’t a real secret agent and is simply fiction.

On the other hand, if you take a look at something like the main characters in Real Deal or Croupier, they do heavily depict how someone can enter into the gambling world and get hooked easily. While one of those is a light-hearted TV series that tries to put a bit more of a comedic spin on things, Croupier is much more of a dramatic look at things. Therefore, it can be said that sometimes, problems like gambling addiction have been displayed for viewers to see exactly how it affects some individuals.