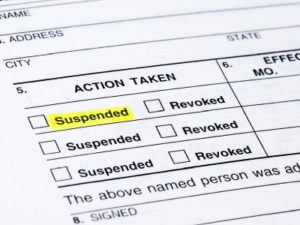 Nektan Plc has had its remote Business-to-Customer gambling licences suspended by the United Kingdom Gambling Commission, it has emerged today. The UKGC is moving to investigate the firm around how it handles its licensee practices, specifically with regards to whether or not it is in breach of its licence duties as well as the compliance duties that the Gambling Commission requires of all licensees.

The suspension of the company’s licence means that it is illegal for the company to offer any gambling services until the situation has been resolved. This includes any website that is listed on the Gambling Commission’s public register. The move comes almost exactly a year after Nektan re-entered administration, bringing in administrators after failing to secure investment in its business units.

The move is unlikely to affect the casino brands listed under Nektan’s license as the B2C arm of Nektan was purchased by Grace Media last year following their delisting from the stock exchange.  Grace Media hold their own license to operate.  Nektan still provide B2B services to these brands but under a different license to the one suspended here.

Founded in 2011, Nektan Plc arrived on the scene as a company that would focus on mobile gaming first and foremost. The idea behind the company was that it would offer white label services for mobile gambling operators, which was something of a new thing at the time. Most other white label companies offered their services for online sites, rather than mobile specific entities.

The mobile casinos that came under Nektan’s umbrella, and therefore would have stopped operating in the wake of the company’s licence suspension, include PlayUK, Jackpot Mobile, Spins Royale, Kerching and Monster Casino. The company was launched to licence, develop and operate Real Money Gaming, as well as what are known as Freemium games. They did so in regulated markets around the world.

On the 29th of April 2021, the Gambling Commission chose to announce that it has suspended the operating licence of Nektan, which operates out of Gibraltar. It did so in accordance with section 118(2) of the Gambling Act 2005. The suspension comes in the wake of what the UKGC has referred to as an ‘ongoing section 116 review’, which was launched after the Commission suspected Nektan had breached its licence conditions.

The language used in the Gambling Commission’s statement on the matter was telling, with the industry’s governing body stating that it feels Nektan is ‘unsuitable to carry on the licensed activities’. On top of that, the UKGC declared that ‘the licensed activities are being or have been carried on in a manner which is inconsistent with the licensing objectives’ by Nektan, hence the suspension.

The suspension of the licence has been in place since the 27th of April, making it illegal for the company to ‘offer gambling services via its websites which are listed on the Commission’s public register’. The UKGC is refusing to say any more until the investigation into Nektan has reached its conclusion, or until the company is able to convince the Gambling Commission that it is ‘operating compliantly’.

What It Means For Customers

The suspension of Nektan’s licence means that none of the websites that it runs will be able to accept bets from punters for the time being. On top of that, bettors will be unable to sign up to the operator’s sites. The Gambling Commission was, however, at pains to point out that ‘the suspension does not prevent it paying out winnings’. The UKGC also expects Nektan to ‘communicate effectively with its customers’.

It is not uncommon for companies that have their licence suspended by the Gambling Commission to fail to come back into the British market, so Nektan customers will be eagerly awaiting the outcome of the UKGC’s investigation. The company entered an agreement over its Business-to-Customer services last year, with Grace Media taking on the assets for £200,000 as well as a monthly fee paid to Nektan.

This does not affect the b2b arm of Nektan in the UK which falls under a different license.  Therefore Nektan can continue to provide software services, meaning that Grace Media sites should be able to continue to operate.

If that is the case it begs the question what is the point of this suspension given the brands have already been ported off the license in question?

A Continuation Of Trouble

As a result of this agreement with Grace Media, many of the sites that would have been suspended alongside Nektan are still in operation. The move to sell the assets to Grace Media came prior to the company going into administration in 2020. Grace Media is a white label subsidiary of ActiveWin, adding a layer of complexity to the who thing. When it suffered its financial troubles, Nektan was forced to withdraw from the London AIM exchange.

It’s fair to say, then, that the company has been struggling well before the latest move from the Gambling Commission. What is not clear at this point is whether there is any specific link between the move into administration and the suspension of the company’s licence. Having entered the AIM market in 2014, its removal from it will have come as a blow to directors and investors alike. This latest development merely serves as a continuation of trouble for an embattled company.

What Is Being Said On The Matter 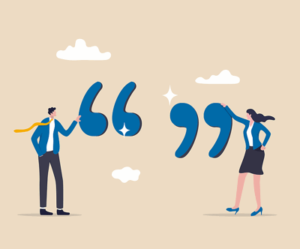 There has been no official statement from Nektan about the suspension of the company’s gambling licence. The company has been suspended from operating both casino and bingo services, which were the two remote licences that it held from the Gambling Commission. The announcement from the UKGC that Nektan had ‘breached the conditions of its licence’ has been met with no response to date.

For their part, the Gambling Commission have said the following:

“The suspension follows an ongoing section 116 review into the operator, as we suspect Nektan (Gibraltar) Limited has breached conditions of its licence, that it is unsuitable to carry on the licensed activities, and that the licensed activities are being or have been carried on in a manner which is inconsistent with the licensing objectives. We therefore consider it appropriate to suspend the licence with immediate effect pending the conclusion of the review or until such time as the operator can satisfy the Commission it is operating compliantly.”

Whether Nektan will move to have its side of the story made public remains to be seen. It is possible that the company will use this as the catalyst to simply shut down its operations that offer services in the United Kingdom, which is a notoriously stringent market to work in. The Gambling Commission takes its responsibilities seriously, as demonstrated with what has happened to the Gibraltar-based firm.