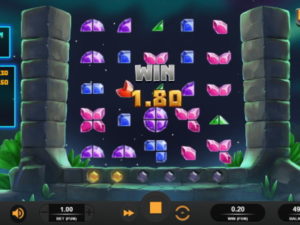 The Megaways mechanic introduced by Big Time Gaming (BTG) may have taken the gaming world by storm, but it isn’t the only inbuilt function that has been affecting the uptake of slots. Various other innovative features have been crafted, both by the same developer and by alternate providers as well. One of the creations that came about thanks to BTG, and as a sort of variety of the Megaways function, is Megaclusters.

Yet, where Megaways allow you to win in up to 117,649 different ways across a game layout, Megaclusters take on a slightly different function. And that’s what we’re here to look at today – what Megaclusters are, how they operate, where they differ to Megaways and so on.

As it happens, the Megaclusters function was only introduced by the Australian software developer in 2020. Therefore, it remains as a relatively new mechanic for online slots to include in their setups. However, it is likely poised to take off in much the same way that the company’s Megaways mechanic did. As its name suggests, it allows you to benefit from creating clusters of symbols to form wins. Yet, it does have an alternative setup and way of playing out when compared with these basic cluster pays games.

So, if you’re ready for it, let’s take a closer look at the Megaclusters function and the games that have already had it included in their setup. 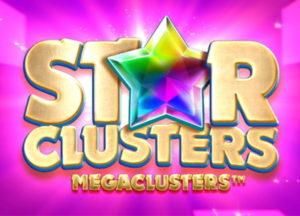 While BTG created quite the shift in how online slots are created with its Megaways function, it has brought about another shift with the Megaclusters engine. Through such, slot games have been able to evolve even further than ever before. So, what exactly are Megaclusters?

Well, they take cluster pays grid slots and bolster them beyond how exciting they already are. Essentially, BTG has taken elements of the Megaways function and revamped them somewhat in order to cater to a grid slot layout. The overall interface and way of playing online slots with Megaclusters included in them may seem a little bit confusing at first. However, we have put together some details on how they operate, allowing you to familiarise yourself with such games prior to playing them properly.

The introduction of Megaclusters has allowed the BTG brand to take another innovative step forward though, redefining how slots are viewed and played.

How Do Megaclusters Work? 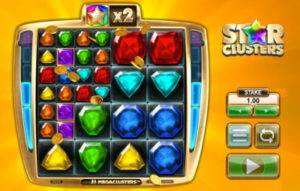 It is important to realise at first that Megaclusters will always go hand-in-hand with grid-style slot games. So, what are these? Well, grid slots operate as quite a new way of playing such games themselves. In these releases, you will see columns and rows in place, but no paylines running across the interface. Instead of that, you will form wins in a grid slot by landing several of the same symbol together in one area, which goes by the name of a cluster. Usually, it will take at least five of the same symbol in a cluster before you receive a winning payout from it.

Clusters require the symbols to be touching either horizontally or vertically, although it is sometimes the case that they will also be accepted diagonally. Because of this, you have the chance to form winning combinations anywhere on that grid. The symbols don’t have to land in consecutive columns, and they don’t have to start out on the first column, either. Once you form a cluster win, you obviously receive a payout for it, but you may also activate an attached special feature, too.

It is at this point that Megaclusters come into operation. When a winning cluster is formed in one of these games, each symbol included in that win will explode and disappear from the grid. This is exactly how Megaways work in standard slots. In both cases, spaces are left from the exploding symbols, where new symbols will fall from the top and cover the grid once more. However, in Megaclusters, four smaller symbols will replace the symbols that have exploded.

As with reaction mechanics found in other games, like those in many Megaways releases, the new symbols may then go on to form additional winning clusters. This causes a chain reaction to take place, with every winning cluster causing a reaction, the introduction of new symbols and the potential for more new wins to form. That process continues on until no further new winning clusters occur. From there, you move on to your next spin.

It’s quite thrilling to see multiple wins form from just a single betting round, of course. It means that you could bet something as minimal as 20p for example, and through multiple cluster wins one after the other, you could receive multiple times that staked amount as a payout.

Obviously, the connection between Megaclusters and Megaways can clearly be seen. They both trigger reactions and you can potentially win multiple times over from just a single spin, thanks to this. The difference is that when Megaways combinations are formed, the symbols disappear from the reels and new ones fall into place. With Megaclusters, winning symbols explode and smaller symbols take their place instead. And it is because of this that BTG has crafted something else that benefits from complete innovation.

The Company Responsible for Megaclusters

Big Time Gaming is the company that introduced the gaming world to Megaclusters. This Australian company has been operating for a number of years now and following on from the massive success that it gained with its Megaways function, it opted to bring something else to the table in its slot releases. Make way for the Megaclusters engine, as a result!

It remains as quite a new invention for the developer, only launching properly in 2020 when it was included in the Star Clusters online slot. This was released in June of that year, and comes with an RTP rate of 96.54% as well as a medium to high volatility level. However, it also allows you to win up to 23,960x your in-play stake as a maximum. This is all possible not just because of the Megaclusters function, but because of the special features that are also included in the game. These include free spins, a re-trigger, wild symbols and of course, the previously mentioned reactions.

Star Clusters kicked things off, and even though it does have quite a basic theme and symbols to experience, the game proved to be quite popular with gamers. It’s still too soon to decide upon whether the Megaclusters mechanic will be as successful as BTG’s Megaways, as only a handful of slots have been released with it included in their make-up. In our opinion though, they are certainly capable of emulating that success.

Features That Can Be Found in Megaclusters Games

Again, because of the fact that it remains quite early days for Megaclusters slot games, potentially we haven’t seen everything that they will incorporate where specialities are concerned. Several features have already been found in them though, and they compliment the games perfectly. A set of amazing grid games have already been created by various developers, so the potential is there for BTG to licence its Megaclusters out in the same way as its Megaways, and then they could be included in those grid games easily.

This could also see BTG launch games exclusively through specific online casinos. It did this with the White Rabbit Megaways slot, which was first launched in 2017 through Leo Vegas. There is little to stop it forming such deals for future Megaclusters games, too.

So, what features have already been included in Megaclusters slot releases, and what more can we look forward to in the future for these games? Well, so far, we have experienced:

So far, just a small group of games have been released that include the Megaclusters mechanic. The likelihood is that more of them will be released in the near future. For now though, let’s have a closer look at which BTG games have had the mechanic included in their setups. 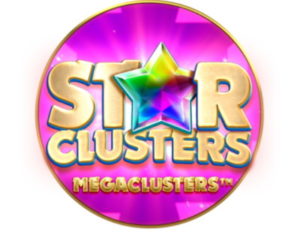 We’ve made mention of this one earlier, and despite its simplicity overall, it presents a compelling online slot. The general theme behind it would generally be stars, and from that, it’s common to think of outer space. Yet, this isn’t what you should expect to see in the Star Clusters slot release. Gemstones appear on its reels as symbols, and it is the multi-coloured star symbol that operates as its wild. There is also a golden wild, which has a multiplier attached to it during gameplay. This increases whenever one or more gold star substitutes in a win.

Star Clusters also incorporates a free spins function for you to access, and this occurs whenever five or more reactions take place in the base game round. You’ll get two free spins, plus an extra one for every reaction that occurs after the fifth one. Every time the gold wild multiplier reaches a multiple of 10 in this round, an extra two free spins are awarded to you, too. 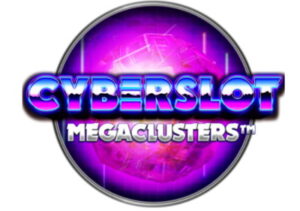 The Cyberslot game was released in December of 2020, and it is the last one from Big Time Gaming to have been released with the mechanic included in it. Accessing this game will present you with much better graphics than Star Clusters, as well as a three-by-three grid interface to start. It seems as though shining rocks or potentially planets have taken over where the gemstone symbols of that game were, though.

Three different versions of wild symbols can also become operational within the Cyberslot game. These include the regular wild, the roaming wild and the rainbow roaming wild. Each of these substitutes to help form wins, but comes with a slightly different way of operating in the game. At the same time, there is a free spins function that you can trigger while spinning the slot’s reels. This occurs whenever 12 or more reactions occur during base gameplay, with six free spins being granted to you as a result. 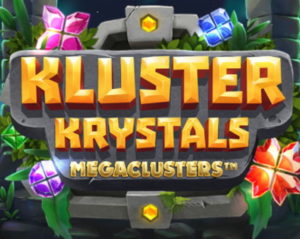 Relax Gaming has already gotten on board with the Megaclusters engine of BTG, introducing us to Kluster Krystals in January of 2021. The game features the exciting mechanic, and also comes with a 96.49% RTP rate. In comparison to the BTG releases with Megaclusters in them, this one has much more of a thematic feel to it, and makes use of high-quality graphics throughout, too.

Clusters in the game are made up of a minimum of eight symbols, rather than five. Each symbol within the game comes in four different forms – singles, doubles, triples and quads. A symbol is upgraded when it is next to a winning cluster. Multipliers can also land during gameplay, with up to 10x attached to them as their base multiplier amount. Each of these can also be upgraded three times, which also occurs whenever they’re next to a winning cluster.

Mini features can also be enjoyed in the Kluster Krystals slot game. There are three of these, which trigger at random after a sequence of six avalanches. These are the Krystal Vanish, Krystal Boost and Krystal Kut. Free spins joins these, which activates whenever a bonus symbol is upgraded fully. Through this, you’ll have seven free spins to play.