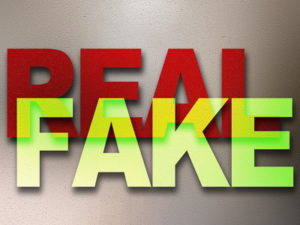 Head to a gambling site of your choice and the chances are high that you’ll be presented with a wealth of slot games to play. There are so many, in fact, that you might wonder which ones are going to be the best to play. Perhaps you’ll do a quick internet search asking that very question, receiving a host of different links where you can watch someone playing on the game and apparently winning large sums of money.

The problem is that most of these videos are completely fake, with the people playing the games either doing so with bonus money given to them by the casino that they’re promoting or else completely fake money. The vast majority of people absolutely could not afford to play with such high stakes, so what is the point of them and should we do what we can to avoid being taken in by such nonsense? 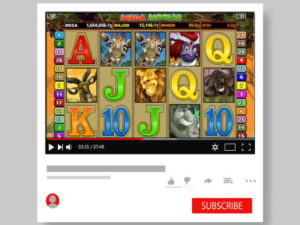 Streaming the playing of online slots on sites such as Twitch is big business for those concerned. The people playing the games seemingly go live with huge sums of money in their account, paying £50 or more per spin. This is a large amount of money that most people couldn’t hope to emulate, even though the payoff for them winning is that they can win some of the biggest prizes available at online casinos.

Because they’re playing with such large sums of money with every spin, the streamers stand to win an even more impressive amount if they hit the jackpots. Some of the streamers have done exactly that, winning six-figure amounts in front of their amazed audiences. Unsurprisingly, people soon began asking questions about whether or not these were legitimate wins, or whether it was all a ruse.

In the vast majority of cases, the answer was that it was a ruse. The people doing the videos were affiliate marketers, earning money every time someone watching their video signed up to join a casino. This in turn led to the casinos and betting sites earning good money from the people who signed up to them, meaning that everyone was happy. Everyone except the people that had been lulled in by a fake video, of course.

It All Started On Twitch 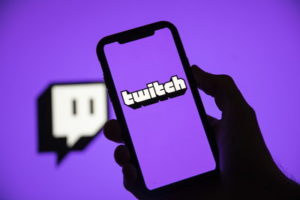 In 2007, a new website called justin.tv launched, allowing gamers to broadcast their playing of video games online for the benefit of others. It rebranded as Twitch, but the idea behind it remained the same and it soon became the go-to site for people hoping to show off their ability in certain games. Though it took a while, slot streamers soon realised that they could make some money using Twitch and affiliate links.

The best personalities in the world of slot streaming, such as Ismael ‘Roshtein’ Swartz, gain themselves massive follower numbers thanks to their over-the-top personalities and larger-than-life reactions to the ‘wins’ that they enjoy in front of the camera. The ability to showcase the latest game is secondary to being a big personality, given the fact that it is the latter that draws in the crowds.

Twitch became the market for such people to show off their slot playing abilities, winning big audiences that then allowed them to sign up to lucrative deals thanks to sponsorships with online casinos and game developers. The former want people to sign up to use their sites, whilst the latter are hoping that people will actively look to play on their games, which is obviously good news for them when the numbers shoot up.

Twitch Banned The Practice In 2021 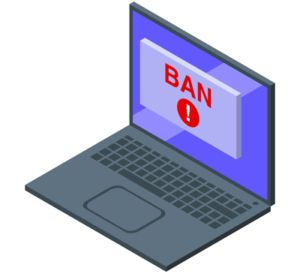 After a few years of allowing streamers to make a name for themselves and earn decent sums of money, Twitch decided to ban gaming affiliate links for slot games, roulette, dice and other forms of gambling. The update was released on the 11th of August 2021, with the new restrictions taking effect from the 17th of the month. The hope was that it would ‘prevent harm’ and help stop ‘scams’.

Both viewers and anti-gambling advocates had complained about Twitch allowing such streamers to pretend that they had won huge amounts of money when it simply wasn’t true. The reality is that many of the top slot streamers on the site were lying to their viewers by pretending that they were playing with real money, when it was, in fact, mostly bonus money or funds provided to them by the casinos in question.

The move is likely to have a huge impact on both online casinos and the steamers themselves, given that it was a huge revenue driver for both. Without the benefit of referral codes or links, there’s little point in streamers promoting products that they’re not going to benefit from. Given that the biggest streamers are partners not only of certain gaming sites but also Twitch itself, it will be interesting to see if they find a workaround.

It’s About Getting Casinos Front & Centre 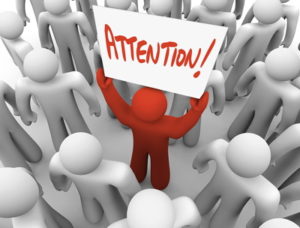 When you understand how affiliate marketing works, in which the people doing the promoting earn a slice of the profit each time someone signs up to a website using their link, it’s much easier to figure out how the whole process works. The social media user will upload a video of them ‘winning’ on a slot game, complete with vague hints and tips about how it works and the way in which bonuses can be used to your advantage.

Alongside the video the person will also have links to where you can play the games, with most of them also putting such links in their ‘about me’ profiles. The more followers a person has, the more money they can earn themselves via such promotions. It’s relatively easy to figure out that there is no truth to their casino play, based on the fact that most normal people can’t bet £50 or £100 per spin on a slot game.

As far as the casino is concerned, what they want more than anything is to have their name put front and centre so that punters will sign up and play games on their sites. That is how they make money, so they’re more than happy to pay an affiliate to play their games for hours on end, issuing them with fake money to do so. When all is said and done the important thing to remember in life is that if something looks too good to be true, it probably is.