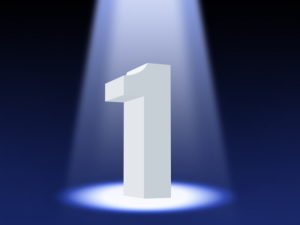 In today’s online gaming world, there are so many developers crafting enthralling games for players to access that it can be hard to keep track. That being said, there has always been a group of companies that have remained steadfast at the top of the rankings for their sheer size and game title output. Brands such as Netent, Microgaming, Play’n Go and others have designed and released fascinating games that have been played and adored by the gambling public. Playtech has also been known throughout many years as being the largest software development company around the world. Could this be about to change, though?

Evolution is certainly on a fast track towards eclipsing the behemoth that is Playtech. What was once known as a simple live dealer casino software company has expanded significantly in recent times, taking over numerous other companies in monumental deals. This has seen Evolution rise through the rankings, making people sit up and take much more notice of it. Could it be that this company is the new Playtech? And if so, what exactly does that mean for the brand that has been sitting around comfortably in the peak position? Will Playtech gracefully slide into second place, or will it come out fighting in its own way?

Today, we’re going to take a look at what has led to Evolution becoming such a force in the gaming world. How has it managed to ascend through the rankings to be posing a potential threat to Playtech? And furthermore, is Playtech losing its foothold as the biggest provider of content?

Of the two companies, Playtech is certainly the older one, founded by Israeli entrepreneur Teddy Sagi back in 1999. It based itself out of Tartu, Estonia at the time, although in later years moved its headquarters to the Isle of Man location that it still possesses.

Playtech came about with the introduction and initial rise of online casinos. The company wanted to be a part of this industry, and so began crafting and releasing its own online content, which various operators were able to incorporate into their lobbies. It didn’t take long for the brand to become a powerhouse in the sector, and actually, back in 2003 Playtech was the first company to introduce live dealer casino options.

The live dealer releases existed in the form of blackjack and roulette initially, and these were only available for a short few hours per day. Then, later on, these games became accessible much more frequently and additional live casino games were introduced as well.

Following on from its introduction of casino games and its live dealer options, Playtech moved into other areas. This saw it create software for poker rooms, games for the bingo community and a platform that allows sports betting to take place via online bookmakers.

Playtech also expanded and grew its own name, acquiring other companies in order to do so. In 2013, it acquired the PokerStrategy.com site before taking over one of its biggest rivals in July of 2016 – Best Gaming Technology. Not only that, but ever since 2006, Playtech has been a part of the London Stock Exchange. It also employs more than 5,000 workers across fourteen countries around the world.

Evolution came about at a later time, first opening its doors under the longer title of Evolution Gaming back in 2006. It was founded by Fredrik Österberg and Jens Von Bahr, who based themselves out of Sweden. Evolution took a prime interest in creating and releasing live dealer games from the get-go, and this remains a primary focus for the brand to this day. It only took the company about one year to sign its first distribution deals with online operators, and the brand has grown considerably in the proceeding years.

At first, Evolution only possessed a single live dealer studio that based itself out of Riga, Latvia. That studio would go through an overhaul in 2009, which saw it almost quadruple in size. Then, it was traded in for a much larger establishment, providing more space to operate. Additional live casino studios have been opened in other countries as well, resulting in a larger number of games being released and these options being available with multi-lingual dealers.

Today, Evolution employs around 3,500 people, and this is likely to continue growing, considering that its recent foray appears to be in buying out multiple other brands. This was never more noticeable than when it became the new owner of the huge Netent brand in 2020. That deal went through for a massive $2.1 billion (£1.55 billion), and this also saw it take control of Red Tiger Gaming, considering Netent was the owner of this development brand beforehand.

More recently, Evolution has completed a takeover of the Big Time Gaming (BTG) brand, and issued 1,105,032 shares to sellers in June of 2021. Could it potentially have others lined up for the remainder of 2021 and beyond?

The Comparison Between Playtech and Evolution

It isn’t difficult to see why some people may be looking at Evolution as being the next Playtech. After all, it has gobbled up various competitors and placed them under its own umbrella via multiple acquisitions. As noted, Playtech has managed to proceed with the same sort of process in the past, which helped it to become such a powerful player in the industry. Of course, there is a key difference between these two brands.

While Playtech started out in the 90s and built itself up with not only acquisitions but original creations as well, Evolution has acquired a lot of its products from takeover bids. Playtech worked on its own live dealer products, own casino games, own sportsbook platform etc. Evolution, on the other hand, placed a focus on creating live casino games and then acquired multiple other companies that operate in other areas. This is how it has managed to become affiliated with online slot games, video poker and so on.

Both companies have also entered into the US market in more recent years. This has been made more possible thanks to the cancellation of the PASPA law that was blocking states from introducing their own sports betting and gambling laws. In 2020, Playtech entered into a deal with the BetMGM network operating in New Jersey. Through such, its software can be found in BetMGM Casino, Borgata Online and Party Casino NJ. Similarly, Evolution has started making its mark on the US scene.

Details emerged in July of 2021 that the company had opened its third US live casino studio, serving residents of Michigan. Evolution is also the first development company to launch live casino options for players in the state. This studio followed on from the establishment of such operations in New Jersey and Pennsylvania.

While it could be said that both are still making moves to solidify their status as the top software company, they are moving in different circles, so to speak. And while Playtech remains as a huge company in the industry, Evolution is certainly giving it a big run for its money. The potential for it to bypass it in future is definitely there.

Other Brands Growing in the Industry

Playtech and Evolution aren’t the only two companies that are making significant headway in the gaming industry. In fact, several brands have taken avenues that have led them to achieve wonderful standings in the sector.

The Playson brand first entered the iGaming scene in 2012, basing itself out of Malta. Since that time, it has worked tirelessly at solidifying its own status in the global gambling market, with a special focus being placed on Europe. Earlier on in 2021, it increased the takeover of the European scene, thanks to its union formed with Sportingtech. Through that takeover, Playson has managed to launch various new slot titles, which is an area that it specialises in. It combines those releases with several table games and poker releases. This has resulted in Playson having its games hosted at sites like Slots Millions and PokerStars, to name a couple.

Always the heavyweight in the industry, Microgaming has also been functional since the 90s. While it hasn’t specifically made any moves towards acquiring other brands in recent times, it has entered into a few deals that have further heightened its status. A deal was signed back in October of 2020 that allowed it to incorporate the BTG Megaways into its games. Earlier on in 2021, it signed an exclusive supply deal with GONG Gaming Technologies, which sees the latter’s releases made available specifically on the Microgaming platform.

This brand was launched in 2015, making it one of the newer brands to be making waves in the industry. However, waves it is definitely creating. It placed a prime focus on skill-based casino games upon its initial launch, basing itself out of Curacao to do so. To date, it has incorporated around 30 games into its portfolio, but it has obtained wider acclaim as a company thanks to the many deals it has inked. A unison with Betconnections was announced in 2019, allowing its slots to be provided within the Latin American market. More recently, that Latin American presence has been boosted with a deal signed with Doradobet.

Launched back in 2007, Pragmatic Play was initially known as TopGame, rebranding to its current title in 2015. However, it seemed to linger around a lot before it received widespread notice from operators and players alike. Its portfolio of games has expanded significantly in the last few years, and it is this as well as other things that have helped Pragmatic to enter into various markets. In June of 2021, it expanded the deal that it has with Betsson, it also grew its East African footprint the following month, signing a deal with Rahisibet. The company was also pleased to introduce its live casino games to Colombia, receiving certification from the Gaming Associates laboratory.

Are Takeovers and Mergers Negatively Affecting the Gaming Industry? 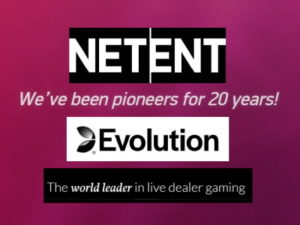 It is one thing to acquire another company to try and grow your own existence in the iGaming world, but is this actually having a negative effect on things? Sooner or later, all the small companies will be gobbled up and everything will be very uniform, with games only coming from two or three massive entities like Evolution and Playtech. It wasn’t long after Netent got its hands on Red Tiger than Evolution moved in for its acquisition of the Swedish brand. Of course, these massive takeovers are not specifically new in the industry.

Figures suggest that of the 1,000 companies on the supply side of the industry, about 20% of them are actually subsidiaries. The three largest companies in the industry have about 15-20 brands operating under their umbrellas.

Clearly, it seems like Evolution has been learning from these companies in its latest bunch of mega acquisitions. However, do we really hear much of the companies under the umbrellas noted above. Williams Interactive, Greentube, Nextgen Gaming, Eyecon and others were all fairly well-known in their own right, but after their respective acquisitions by bigger companies, can you say you’ve really taken notice of them? Probably not, as they have been swallowed almost completely by those companies.

Of the 16 subsidiaries that Novomatic owns, 11 of them still operate separate websites. Ainsworth was only a partial acquisition of 52%, so it remains somewhat independently active. But brands like iGaming2Go for example have become somewhat dormant overall.

Looking closer at the Playtech acquisitions, seven of the 20 or so still operate live websites. Yet 10 of them are used as product brands. And even though some of them continue operating in somewhat of an individual way, like Quickspin and Eyecon, Playtech has actually taken the decision to launch a couple of newer in-house studio brands. These have been crafted by the brand itself, rather than acquired.