It would be true to say that many people associate the word jackpot with winning a lottery or a big bet. Casino games frequently have jackpots attached to them, while some have progressive jackpots as well. However, did you also know that there is something known as community jackpots, too? As a relatively new jackpot concept, players will get to experience something fresh and unique. And we’re here to provide a little more insight into what they are and how they work. This way you can potentially get involved in one of them and maybe you’ll be on the winning end, too.

We’re always in the mood for trying something new, right? Especially when the word jackpot is involved in proceedings. And this is precisely the case when it comes to community jackpots. Their creation has led to several developers and operators creating and incorporating them into their setups, so that players can experience what they are all about. But so that you know more on these intriguing jackpots before engaging in them, you’ve come to the right place to discover what they are. Let’s take a look at these community jackpots and how they operate.

What is a Community Jackpot?

The general idea behind the community jackpots that have started to become available is that when one player hits the jackpot reward, everyone included in the community wins. The jackpot itself can be won at any given time, and there is nothing specific that will help with triggering its release. All that needs to have happened is that a player has placed a real money wager on any of the game’s involved in the community jackpot. These should be highlighted, and in some instances, it involves all of the games involved in the casino’s game lobby.

They’re often very popular when it comes to online casino games like slot machines, as well as at bingo sites as well. Community jackpot amounts will differ from site to site, but they can reach figures of £10,000 and beyond.

As players continue making bets on the games included within the community jackpot selection, they will earn tokens or keys as a result. Those tokens can then be put to use to try and unlock the jackpot total. This is how one site provides its community jackpot, and when one of the players involved in the community manages to unlock a chest with their token or key, everyone who has contributed to this process will receive a payout from it. The prize can even be won when players who have contributed are no longer online at the time it pays out.

The more that a player wagers on the relevant games within the hour, the higher the community jackpot share that they receive will be. The player who manages to unlock the jackpot in the first place receives not only the jackpot winnings but also a share of the community prize that is also available.

In other circumstances, you may find that all players proceed with filling up a progress bar when they place bets on community jackpot games. Then, once that bar reaches its peak, the jackpot amount is released to all who have contributed to it.

The capabilities of a community jackpot will differ from platform to platform, with each operator being able to decide upon the type they want to incorporate into their sites.

To put the description of a community jackpot in simpler terms though, it basically dictates that a community of players put their efforts together in order to win a larger payout at the same time. And the amount that has been wagered within the past 60 minutes will determine the amount that you receive from the jackpot.

Progressive Jackpot That Everyone Contributes To?

Well, while a community jackpot has a similarity to a progressive jackpot, there are a few stark differences as well. Even though anyone placing a bet on the game will contribute towards it, the progressive jackpot option only pays out to a single contributor.

When it comes to a community jackpot, this is not the case. While various people playing the associated games will contribute towards the potential payout of it, all of those involved will receive a share of it. Let’s say that the community jackpot stands at £10,000 at a casino, and 30 people have been playing the associated games within the past hour. Finally, someone has collected the key to unlock it or pushed the progress bar beyond its maximum. That player receives the jackpot and then the remaining 29 people (the community, so to speak) also receives a payout as a result. The amount received by each player really depends upon the total in wagers that they have placed on the games. Additionally, the games that these wagers have been placed on will also factor into the payout that they receive from the community jackpot.

Plus, a progressive jackpot will continue growing whenever a player proceeds with betting on an associated game. There is no cap for this, whereas a community jackpot will usually not go above a stated amount. The jackpot that is paid out is not something that comes from the contributions of the players themselves, but from the developer or operator.

As far as standard jackpots are concerned, these are built into games and are also set at a specific level. If you were playing a bingo game with a standard jackpot payout of £1,000 for getting a full house within the first 20 ball calls for example, then this would be paid out to the person who obtains this feat. The jackpot would then be reset, and if another player got the same thing in the next round or after several other rounds, they would win the same. Again though, this is simply paid out to one person. Nobody else benefits from it, and the jackpot funds are provided via the game, not the collection of players involved.

A community jackpot is something that will really benefit anyone who has been involved with the specified game or games within the past hour.

Can You Have More Than One Community Jackpot? 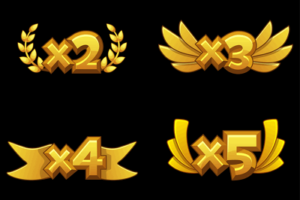 It is very much possible that an online casino or bingo site will incorporate more than one community jackpot total for winning. These will usually be of different levels and could even pertain to different selections of casino games. As long as you have been betting on those particular games within the timeframe necessary, you can be one of the winners of the community jackpot, even if you’re offline when the jackpot hits.

Potentially, the casino that you are registered at will automatically involve you in all of the available community jackpot functions if these relate to all of the games within their respective lobbies. Let’s say that a casino offers a Silver, Gold and Platinum set of community jackpots. These have different maximum values to them – £5,000, £10,000 and £20,000 let’s say, for example. It will never be known beforehand which of these community jackpots will pay out first, when they will pay out and how much you will garner from such as a bettor. Essentially though, you will be included in the community for each one as long as your bets have been placed within the past 60 minutes prior to it being paid out.

And every single wager that you place contributes to this status, too. It’s not like you have to trigger a bonus round, a free spins round, a jackpot bonus feature or anything like that within the games associated with the community jackpot. Just ensure that you place a bet on it, and you’re sorted!

Other Methods of Partaking in Community Jackpots 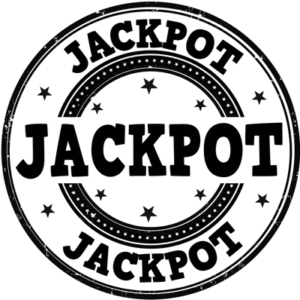 One site that has also involved itself in the community jackpot scene offers an alternative way to experience such. Rather than earning tokens or keys to unlock chests or increase progress bars, you may instead earn a prize draw ticket from your gameplay. For every £10 that you stake on the qualifying games, you receive a single prize draw ticket for the community jackpot. Each time the jackpot reaches the £100,000 mark at this site, over 2,000 prizes will be paid out. The highest payout from this one stands at £10,000, with four prizes of £2,500, 10 of £1,000 and so on.

It is key to note that only bets on certain games at this specific casino will count towards you earning tickets as entries into the community jackpot. After a jackpot is won, any accumulated tickets and stakes that would have contributed towards a ticket within that draw will reset to zero. Stakes can be placed cumulatively across all qualifying games until the jackpot is won, though. There is also no limit on the number of jackpot tickets that can be won for the community jackpot.

Pros and Cons of Community Jackpots

Can it be said that these jackpots are better than engaging in standard progressive jackpots or in-game jackpot payouts? Well, let’s take a look at some of their pros and cons:

Pro: Everyone in the Community Receives a Payout

The fact that everyone within the gambling community who has contributed to the game within the past 60 minutes or until the jackpot reaches a specific amount gets a payout is great. After all, just imagine that you have wagered hundreds of pounds on a game only to see that the massive jackpot that has been created goes solely to one person! With a community jackpot, at least everyone gets something from it.

Con: Everyone in the Community Receives a Payout

Yes, we have noted this point twice – once as a pro and once as a con. Why? Because community jackpots are not likely to provide you with as much of a jackpot as if you had won a progressive jackpot. The community jackpot will be split between multiple people, whereas a progressive goes to one person. And if that person is you, then you get to benefit from winning thousands of pounds. You don’t have to see it divided up between everyone.

Pro: Possibility of Receiving a Win Even When Offline

It’s good to know that even if you have gone offline that you can still receive part of a community jackpot. This would not be the case with other types of casino or bingo jackpots. If you have placed a bet on a qualifying game and then you have to leave the site, but then someone triggers the community jackpot 15 minutes later, you still get your fair share. Just imagine receiving that notification while not doing anything associated with gaming at the time!

In comparison to a progressive jackpot, a community jackpot often won’t have a large reward for you to receive. The person who triggers it will get the largest payout, but the community then has a total shared out between it. You could potentially have contributed hundreds of pounds to a qualifying game only to be on the receiving end of a £10 reward by the end of it. Community jackpots are lower because they are set in place, while progressive jackpots have the ability to go above and beyond with every wager placed.