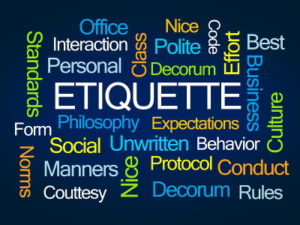 If you aren’t familiar with visiting land-based casinos, then it may have escaped your knowledge that a certain level of etiquette is required when entering such an establishment. This goes beyond simply dressing for the occasion, as different games and different sections of a casino come with their own etiquette rules that should be followed. That’s why if you intend to visit such a place, you should be aware of those rules beforehand, so as not to sink into any problems while there.

Drawing from our own experiences of visiting casinos, it is our intent to advise you on the process to undertake so that you can engage in a successful and professional casino gaming session. A land-based casino is very different to playing games online, of course. And even if you’re a seasoned gamer, there is no harm in reminding yourself of the rules of land-based casinos. Even more so now, considering many gambling locations have been temporarily shut down, re-opened, shut down again, and so on thanks to COVID-19 lockdowns. Visitors only started returning to Las Vegas establishments in August of 2021 for example, despite the Delta variant of the virus threatening to cause issues.

Take a look at some rules surrounding proper casino etiquette, and you will always know how to act upon visiting a gaming business. Bad behaviour should be left at the door to allow for professional conduct to take over. 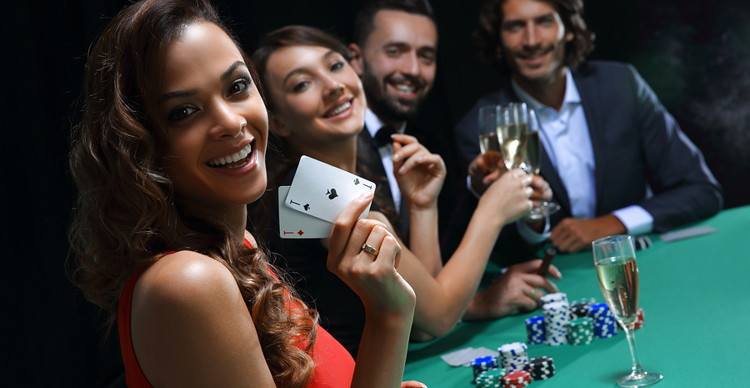 Different games come with their own specific rules to follow, and when it comes to blackjack, there are several in place that need to be adhered to for a successful session. These include:

Do Not Pass Money to the Dealer

All cash transactions need to be seen by overhead casino security cameras. Cash needs to be laid down on the surface of the blackjack table. Dealers will then spread that money out and count it in clear view of the cameras before passing you the equivalent in chips. At the same time, if you sit down at a table while a blackjack game is in progress, you must wait until that hand is completed prior to laying your money on the table.

Do Not Hold Cards with Both Hands

In the blackjack games where cards are dealt face-down to you, as in single-deck variations, you need to pick cards up with one hand, rather than two. This is a rule that is in-place so as to stop gamers from tampering with their cards.

Never Remove the Cards from the Table

Your cards need to always be in full view of the security cameras and the dealer, so don’t take them off the table.

Never Touch Chips Once Cards Are Being Dealt Out

Once your wager has been placed and the cards start being dealt out, your chips must not be touched until the round is over. If you win or the round is a draw, you are free to collect whatever chips are yours. If the dealer wins, he or she takes your chips. This prevents cheaters from changing their bet while cards are in-play.

Face-Up Cards Should Not Be Touched

Any blackjack game that utilises four or more decks will see your cards dealt face-up. There is no reason for you to touch these, so don’t do it. Leave them be.

Use a Hand Signal to Express Your Decision

Security cameras are always watching you in a casino, which is why hand signals should be used to express whether you want to hit or stand. Voicing this decision out loud is not enough. If you’re new to the game, then ask the dealer what hand signals should be used for these actions, or just watch another hand being played out to get the hang of it.

Guidelines are not put in place for how much you should tip a dealer. It is key to remember that they often receive the minimum wage for dealing, and tips help them a lot. They don’t receive a percentage every time you lose – that goes to the casino house. Every once in a while, be sure to tip the dealer at least the equivalent of your minimum bet. This is a guideline for any kind of table game where a dealer is controlling the flow of things. It may be common for British people to get into a bit of a tizzy when it comes to tipping, but just consider the dealer while you’re gaming.

It may seem as though all you need to do with roulette is sit at the table and place a bet on your favoured number(s) or colour, but there is much more to it than that. Here are some etiquette rules for playing roulette in a land-based casino:

Join the Table at the Correct Time

Locating a table is the primary thing you need to do, and this should be a table with spare seats and a minimum bet that you’re fine with. If a table is completely full, you need to wait your turn or find another one to join. Once you have found a seat at a table, you should sit down and place the money that you would like to buy in with on the table. If a spin is in-play, you need to wait until that is finished for your money to be changed into chips. Again, as with blackjack, cash should never be handed directly to the dealer.

Be Prepared with Your Bets

Swift and concise bets are something that you should take into consideration when playing roulette. Once the betting round is open, the dealer will announce it by removing his marker from the table, and you should slide your chips into place as quickly as possible. It won’t take long for the croupier to announce, “no more bets”, so you don’t want to miss out on your wagering opportunity. Consider the bet you would like to place while the dealer is settling up with players from the previous round.

It may come to a point of you needing to communicate with the dealer or other players at the same table. For example, if you are at one end of the table and you want to wager on a number or group of numbers at the other, you should explain where your chips should be placed clearly. Don’t simply slide chips across the table and point where you want them to go. Express it properly to the croupier or another player at the roulette table.

Consider Other Players at the Table

Be considerate towards other roulette gamers. Personal space, especially today, is important. Roulette is a favourite game of many gamers, and the tables can often get quite crowded. Don’t take up too much space and check that others have a wide stance, too. Perhaps turning sideways while playing is a good idea.

If you win a round, then you will be given chips equal to the amount won. Don’t rush to grab the chips, because the dealer has to allow this action. A croupier at a roulette table usually has a marker which is laid over the winning number on the table. While this is in that position, the dealer is still working on players’ payouts. Reaching for your chips too early is a no-no. Only when the marker has been removed from the table can you collect your chips alongside everyone else who has won.

As with the other table games, craps comes with a set of rules to adhere to as well, with many similarities between it and blackjack where chips and table gestures are concerned.

Don’t Buy-In While a Roll is Taking Place

If you have just sat down at the craps table, then it is not proper to buy-in while a roll is in-progress. You should wait until the shooter has made a new point or a new shooter begins a round. Veteran craps players may have it in mind that you should only buy-in when a new shooter takes over, but it can be done during the same shooter’s roll is occurring, but after a point is made.

Keep Hands Away from Felt While a Roll is Active

If a shooter is rolling the dice and your hands are near the felt, then you can obstruct the flow of the game. Even if you’re simply reaching down to add some odds to your bet, the dice could hit your hand and that could be deemed as cheating. Make sure you’re aware of when the shooter is holding the dice as they could be thrown at any given moment. Be certain your hands are nowhere near the felt at that time.

It is considered to be bad luck to mutter that number while standing at a craps table. You may not hold those superstitions, but a number of craps gamers do. I you speak the word “seven” (potentially hoping for it to show up on the dice), you could affect someone else’s luck in their mind. Even though you voicing something has absolutely zero effect on dice being rolled, some people definitively believe in that bad luck.

One Hand on the Dice

It is never okay to handle the dice with both hands. You should only utilise one hand to pick them up, shake them, roll them, etc. Dealers and pit bosses are always on the lookout to identify cheaters, and some players have used a second hand to switch out casino dice with scam dice, which have been manipulated to suit their own bets. A single hand is therefore proper craps etiquette.

No Cheering for “Don’t” Bets

Players placing wagers on the “Don’t Pass” or “Don’t Come” spaces are considered to be “dark side” bettors. And while this is not a bad bet to place, if you end up winning when a seven has just been rolled and start cheering when other gamers have lost their “Pass”, “Come” and other wagers, it’s an unseemly way to go about things.

Yes. Even slot machines, which don’t often come with multiple players or a dealer, have etiquette rules for you to follow.

It is not uncommon for gamers to hold a slot machine when they want to take a short break. Make sure you do not hold such for a longer time period than 15 minutes. Check the policy regarding these holds with a slot attendant prior to doing so.

Stay Back When You’re Not Playing a Machine

Sit at a slot machine only when you’re the one playing it. There is nothing worse than being crowded when you’re spinning the reels of a game. If you want to spectate, then be sure to stand back while doing so.

Stick to One Machine

Some avid slot gamers will use multiple machines at once, switching between two or three at a time. Be sure that nobody is playing at a machine when you decide to do this. Or better yet, stick to a single machine at a time, especially when a casino is busy.

Don’t Get Enraged by Another Player’s Win

You are not in a casino to compete against other players with slot machines. If a person playing a machine nearby wins, then don’t get upset because you haven’t won. Losses on slots should be expected, so keep your calm at these times. Be a good sport to others who do win.

Play When You Are at Your Best

If you’re ever hungry or tired or upset, then steer clear of playing the slots. You need to be at your best to have the proper fun when spinning the reels. You can easily lose perspective and let your emotions get the better of you when in a bad mood or aren’t feeling well. And that leads to you making the wrong decisions.