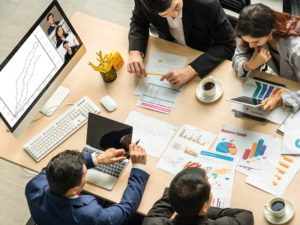 If you take a look in history at the development of software companies, you’ll certainly see a difference. Not just in the technology in use when it comes to the creation of games, but in the way that these businesses operate. The market is now more flooded with companies than it ever was before, and while this is great in general, it poses a question. How do the smaller providers manage to compete against the larger brands? If you compare the early days of online software developers with those in action today, it seems as though a lot of the originality and absolute personality has gone from slot games.

Instead, it seems as though many software brands are becoming very much homogenised corporate machines. While this makes them worth a lot more thanks to the mergers and buy-outs taking place, it also overtakes the entire industry. Bigger companies are now making it increasingly harder for start-ups and smaller providers to get noticed and recognised as much. The healthy competition mindset seems to have disappeared and, in its place, has come the intent to make big money, regardless of whether or not other brands suffer as a consequence.

Can it be said that slots developers have grown too big and are just another part of the vast corporate machine? And has this affected the development of games in general? Can they still incorporate high levels of personality and uniqueness? Is it possible that things have been made worse for casino gamers as a result?

In the early days of online gaming, just a few software companies existed that were providing their content to the industry. Initially, these were brands that had been designing, creating and manufacturing land-based slot machine cabinets along with software for such. You only need to look into the history of a brand like IGT or WMS to see that they have been around and active long since before online gambling became a possibility.

Even though several companies operated in such a way, some entered into the online scene as specifically catering to this market. Brands like Netent for example, which began operating in 1996 (although in itself did have its roots in the traditional casino gaming world).

Granted, these companies were large in their own right, and even though some of them only began in the 90s, it didn’t take them long to ascend to greater heights. This is because the software being released by such companies was very niche, it was modern, it introduced new concepts and ideas to the gaming world, and the slots were, in their own right, very unique. With this being the case, the games were very much considered to come with their own inviting personality, and this bolstered other companies to improve on their own technology and games.

Essentially, there was a very healthy level of competition and inspiration occurring in the 90s and early 2000s. The scene was soon seeing fantastic, high-quality games being released from all developers, featuring entertaining special features, different betting ranges, intriguing layouts, and more. As the 2010s continued onwards though, things seemed to change, and not necessarily for the better.

When and Why Did Things Change in the Slot World?

It has become very common over the past few years to see betting companies merge together in billion-pound mergers and takeovers. And in the same vein, software developers have gone through the same types of processes. Netent, for example, was acquired by the Evolution brand when it accepted a €1.8 billion offer for such in June of 2020. Through this, Evolution took control of 90% of Netent’s corporate shareholding at €7 per share. The launch of the merger inquiry took place in September of the same year and was cleared by December 8 by the CMA.

That is quite the monumental takeover, but it is not the only one to have happened. Evolution has actually got its hands on a number of companies with massive buy-outs, and various other mergers have also occurred in recent times along the same lines. And they’re still ongoing with companies uniting, acquiring and partnering with others to bolster their status.

The Swedish online casino game developer Lady Luck Games AB announced on November 17, 2021 that it had agreed to purchase Britain’s Revolver Gaming for around €2 million, displaying evidence that such mergers are still taking place to this day. Just a couple of days or so before that, Microgaming announced that it is selling its Quickfire distribution business to Games Global Limited for an unspecified amount. And on November 12, it was reported that Australia’s Aristocrat Leisure Limited has managed to raise around €837 million in cash, which it wants to use to acquire the world-renowned British developer Playtech. This comes about as part of a massive proposition of around €3.3 billion offered for the company.

But even before the 2021 mergers and acquisitions, brands were entering into agreements with one another. Back in 2015, IGT was given permission by Nevada gaming regulators to merge with Italian lottery operator Gtech for $6.4 billion. That came about following a $5.1 billion merger, which was approved the previous year between Bally Technologies and Scientific Games – two of the industry’s most dominant slot machine businesses. Naturally, once they merged with other entities, they became even bigger.

These unisons came about because, according to Eilers Research founder Todd Eilers, the slot machine market was way too crowded with companies. He stated that the market was relatively flat at the time, and so the best way for companies to continue their expansion was to merge with others via such deals. Yet while this is considered good for the companies involved in such, it has meant that some people have been laid off from their jobs due to no longer being needed or there being no space for them in the new merger.

Therefore, the growth of the companies involved in such mergers will benefit them significantly. They get bigger as corporate entities, covering over the vast portion of the iGaming market, and therefore, they generate the largest profit. But have they actually grown so much that they are becoming a problem in the industry?

What About the Smaller Slots Companies? 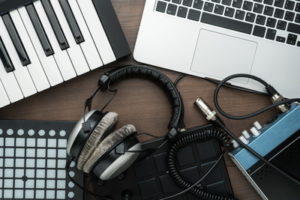 In business, there is always likely to be competition from others. And the healthy competition that we spoke of earlier is generally good. It keeps all brands involved in a sector on their toes and wanting to better themselves. Feeling inspired by their competitors ensures that new and innovative products are constantly being worked on and introduced to the consumer – in this case the casino gamers.

But if a small group of huge, merged companies is taking over the whole market, where does this leave the smaller companies that have just started up or who don’t want to sell themselves off to the highest bidder?

It leaves a difficult situation for these brands, because they’re not only competing against other smaller companies like themselves, but at the same time trying to compete against these massive corporate machines. When you consider how much those mergers are worth, it stands out how much the united companies must be worth as a result. A small development start-up has nowhere near as much money to throw at the industry so as to get recognised by the operators who are seeking software for their lobbies.

You can also look at the video game industry where a similar scenario has taken place in reecnt times. For example, the well-known EA company acquired mobile developer Playdemic for $1.4 billion in recent times, while Niantic Games took over control of an AR start-up in 2020. And while it can also be said that these companies are stronger together, it also means that start-ups are suffering.

In essence, what is likely to happen is that a start-up or small business in operation will either be offered a buy-out from one of the larger corporate brands or it will potentially flounder. In the end, a business always wants to be successful with what it is providing, so there will possibly be no choice for these small businesses other than to accept a takeover offer and start operating under the umbrella of a larger machine. But if they’re all working from the relatively safe zone of a parent company, are they really able to provide unique content to the gaming world? 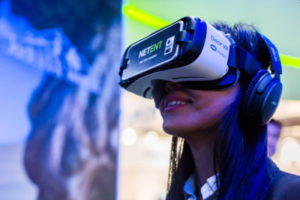 It is always going to be the case that changes regarding many things will affect the end user, be that positively or negatively. In the case of the gaming world, the players are the final end user. Have the mergers between companies forming large corporate machines had such a dramatic effect on gamers?

Well, it is true to say that not only have casino software companies had to adapt to changing regulations and legislation, and this has partially led to them merging with one another, but so have casino operators. In 2020, various casino and sportsbook operator mergers and takeovers were brought to the fore, including Caesars Entertainment proposing to take over William Hill, Eldorado Resorts being acquired by Caesars, and The Stars Group being taken over by Flutter.

Doubtless, this has been done to enable them to survive in an ever-changing industry. And generally, the aim of these companies is to not only remain active and vital in the gambling industry, but to keep their players happy as well. This almost guarantees that there will be constant and repeat business from players where their games are concerned.

The downside is that the slots and casino games being released today are lacking in some sort of innovation and personality for the most part. Granted, a few have gone beyond this to ensure that players have something new and unique to enjoy for a time period. But the vast majority are simply being pumped out into the gaming sphere without there really being much difference in their setup, special features, betting ranges, and so on to the ones released before them. How long can these companies continue in this way before players get bored of playing the same game but with a different theme masked over its setup?

Can it be said that slots developers have become too big and corporate for the industry? Well, perhaps it hasn’t quite reached that point just yet. But even so, it’s well on its way to that moment. You can see how saturated the slot game industry is with the number of games you can now play from different brands. Not only that, but if we use Scientific Games as an example, this is the parent company of the following:

And that’s just the wholly owned subsidiaries of the company. It also has significant stakes in Lotterie Nazionali of Italy, Guard Libang of China, Northstar Lottery Group from Illinois, USA, Sportech in the United Kingdom, and the Robert Communications Network.

That’s not to say that some smaller companies are not currently still operating in the slots development world. It’s just that they need to also enter into agreements with other brands to have their games distributed to a wide enough audience most of the time. Therefore, essentially, everything is pretty much run by the big corporate brands. Being successful in the gaming sector outside of these companies is becoming nigh on impossible, which is a true shame, especially when it comes to the providers being innovative and unique. Players like to experience something new and filled with creativity and personality. How long is it going to be before the life is pretty much sapped out of the slots and no longer exists?