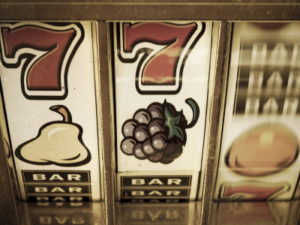 Anyone who has ever played an online slot game before will know, at least a little bit, about the inclusive paylines. Different slot releases come with different numbers of paylines, ways to win, and so on. And if you have been playing the same slot for a period of time, then you will likely be familiar with its setup in general. But if you are new to playing these games, then the idea of paylines may end up being quite confusing. In general, they’re described as what you form winning combinations on. But that’s a fairly basic description of how they operate. There is, as it happens, a lot more to slot game paylines.

You may believe that you have formed a winning combination in a video slot, only to find that it isn’t paying anything out. And at times, you could find that you have received quite a large payout, but you don’t actually see how or why that win came about. So, exactly how do paylines in online slot games work? Should you always expect to be confused by them? Or is it simple to understand them all once you get the knack of it?

The Setup of an Online Slot Game 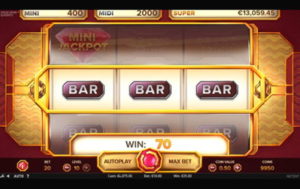 Regardless of whether you are accessing a traditional three-reel slot, a five-reel video slot or a game with multiple reels, there is a general setup that the vast majority of these games undertake. Once you are aware of the basics that they incorporate, you have the ability to understand how most of them operate.

The general interface of an online slot game will feature your balance, a paytable for you to open up and see the available rewards, a set of reels to spin, a spin button, an autoplay function (in many cases, although this is being phased out in the UK), and a number of paylines in action across the reels and rows. These core components are incorporated into online slot games, and developers build games up around them. And all of these features combine together to make up an ideal slot machine for you to play.

In all of that, what exactly does the payline feature do? Well, they essentially determine how you can form wins. Paylines, which also go by the name of bet lines, run horizontally in various forms across the reels of a slot. And different slot games have different numbers of these paylines included in them. If you look back in history, traditional slot machines found in land-based casinos with levers to pull frequently included just a single payline. This usually ran across the central row of the game, presenting just a single way of winning. On that payline, three of the same symbols needed to be spun into view, and this was quite simple to understand because most classic slot machines had just three reels.

Today, slots have evolved so as to include five, six, seven and more reels for you to spin. At the same time, the number of paylines able to be included in a game has also evolved. This has allowed 20, 30, 50, 100 and more paylines to show up in slots. There are even games with inclusions like 243 ways to win or 1,024 ways to win, which we’ll talk about a little later on.

Paylines are not directly horizontal across a row anymore, either. Instead, they form zig-zag shapes, going up and down to travel across a number of symbol positions. And because so many of these shapes can be formed across the rows, more paylines can be incorporated into a game release.

It is common for online slots to include 30-50 paylines today, although some do go below this figure at times. Frequently, a game developer will consider the number of paylines that they want to include before anything else is decided upon. The paylines are, in the end, what lead to wins being formed, payouts, and also in many cases to special features being triggered within the slots. And there are even games that allow you to customise the active number of paylines per spin, should you want a little more control over this feature.

Getting to Know Slot Game Paylines 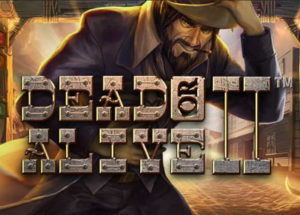 If you like the look of an online slot, then it is important to ensure that you know how many paylines are active in it and how they look. And if this isn’t readily clear to you, then you need only look at the paytable of the game in most instances. On the final page or two of this, you will usually see how the paylines are laid out across the reels, with a picture of each one on display. Let’s use the Dead or Alive II online slot game from Netent as an example. Included in that slot is a total of 9 paylines – a relatively low number when compared to many other slots today. But that’s beside the point.

If you load that slot up and open the paytable by pressing on the ‘i’ in the bottom-left corner of the screen, you can view the active number of paylines. On the very last page of the paytable, you will see a section entitled ‘Winning Bet Lines’. The 9 paylines that are included in the game are then displayed, with payline 1 running across the central row and then the second and third on the top and bottom rows. Payline 4 makes a ‘V’ shape, with the fifth one being the same in an inverted design. The patterns continue on through payline 6 to 9, and this gives you an insight into how winning combinations can be formed.

It is also important to note the small print on this screen as well, though. Because it would be easy to assume that you can just spin any symbols into view on those active lines and receive a winning payout for doing so. Countless episodes have occurred in the past where players have seen three symbols land on what they presume to be a winning location, only to not get anything from the slot added to their balance. Why is this?

The most likely reason is because of what the small print says. Stated in Dead or Alive II, and in so many other online slot games, is the statement: “Bet line wins pay if in succession from the leftmost reel to the rightmost reel. Only the highest win per bet line is paid”.

Taking that small print into consideration, it is clear to see that in this game (as well as many other slot releases), you need to form wins starting from reel one. The win then needs to continue on across reel two and reel three before any kind of win is paid out. If you spin three symbols into view on a payline that are in position on reels three, four, and five, this doesn’t count. Why? Because the sequence doesn’t begin on reel one. And this is why it can seem confusing to people who have never engaged in slot gaming before. 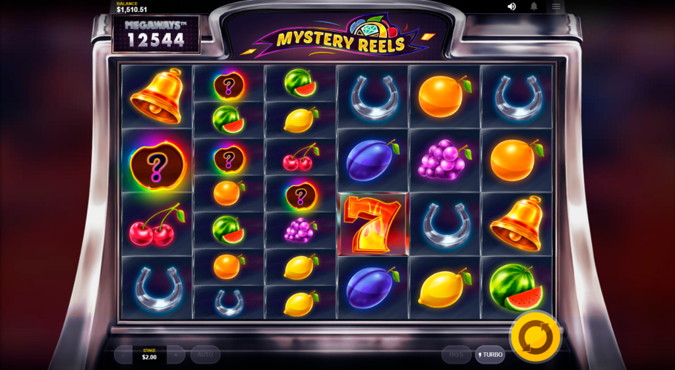 While the left-to-right winning combinations setup noted in Dead or Alive II is the most common way for slot machines to be designed, there are some alternatives in action as well.

The first of these payline variations is the win both ways scenario, which can be seen in the Cyrus the Virus online slot game from Yggdrasil. Loading this game up and displaying the paytable will show you the paylines involved in such. At first glance, it would appear that Cyrus the Virus only has five paylines providing payouts to players.

To get a better idea of how this works, you can check out the Terminator 2 slot release from Microgaming. Included in this slot are 243 ways to win during the base game, with an increase to 1,024 ways to win during the free spins round. Once again, visiting the paytable of the game explains that way wins begin on the leftmost reel, as is a common occurrence. The ways pay from left to right on adjacent reels, and multiple winning combinations can be awarded per way. It is the second part of that statement that is the most important to take note of here.

While not really being considered as paylines, much like the winning ways function, Megaways to win can be included in games these days. This allows up to 117,649 winning ways to be in operation per spin. That is determined by the number of symbols appearing on each reel, with up to seven able to be present in most cases. Megaways serve as their own specialist function, though.

Are Games Designed in a Way to Confuse People? 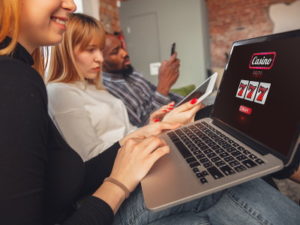 It can probably be said that confusion is not something a game developer is looking to invoke in people. After all, they’re looking for people to spend money on them by playing them. Incorporating something confusing isn’t likely to endear people to doing that. Instead, it is likely that people will be more enthusiastic about playing a slot game if they see that they can win in 243 ways over having just 10 paylines to form wins on. More opportunities, right?

That’s not confusing in any sense. Yet it doesn’t mean that you will be a lot more successful when playing a 243-ways-to-win slot game when compared with something featuring less paylines. Mainly because there are various other factors contributing to how a slot operates. Plus, all of them feature random number generators (RNGs) which determine their random payouts. Many people have been highly successful when spinning the reels of a 20 or 30-paylines game, as opposed to a game with 1,024 ways to win, for example.

The games are doubtless deliberately designed with a specific number of paylines or ways to win included in them. And this will be done as a way of appealing to players, rather than as a way of confusing them. Some gamers prefer the releases with fewer paylines, while others have a preference for accessing the titles with a large number of such. And some gamers don’t care one way or the other. Yet it is always ideal to know what paylines are involved and how they payout before you start spinning the reels.