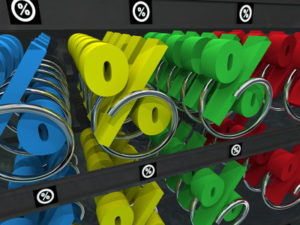 Casinos can be exciting, thrilling places to visit, seemingly filled with possibilities. From the flashing of the lights on the slots through to the sound of the ball spinning around the roulette wheel, the casino floor is filled with games that promise so much and are always available to play. The increase in online gaming has resulted in more and more people playing casino games, without the physical connection to the gambling houses around the country that have taken our money for so long. The problem is, not everyone knows which are the best games to play and which are the ones to avoid.

There are definitely some games that will flash up as big red flags for people that know what they’re talking about when it comes to value on the gaming floor. The likes of keno and double zero roulette are high on the list, but even more popular games such as the slots are ones that you should do your best to avoid if you’re wanting to play only those that have the best odds. There are also aspects of games that you should work hard to avoid, such as the side bets on three-card poker and blackjack, such is the extent to which the odds are awful. 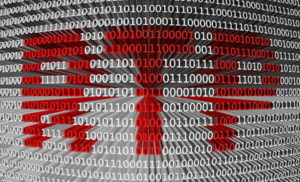 As a rule of thumb, the best thing to do when you go to the casino, either online or in real life, is to avoid games that have low Return To Player percentages. That term will be familiar to those of you that play slots on a regular basis, but can also be described as those games that have a high House Edge. The two things are effectively the same but with a different framing, with one saying how much money you’ll get back, on average, and the other talking about how much the House will take from you, on average, but either way you lose out because both are weighted in favour of the casino.

With Return To Player percentages, we’re looking at how much out of 100 units people will get back on average. A slot with an RTP% of 97 will see people win 97 pence for every pound that they bet. Of course, this figure is based over a long period of playing time, so sometimes you’ll win £1.05 for every £1 that you bet and other times you’ll lose 89 pence for every £1, etc.

The variability around the average RTP is known as volatility.  High volatility slots will pay out less lower prizes but higher top prize amounts, here a typical playing session may be well below the average RTP but at the same time the chances of winning a large amount are there.  With low volatility slots there are more small wins but lower top prizes, here the RTP range will be tighter and you are likely to closer to the average value over the course of a playing session, as you will win more often but at the same time the top wins are lower.

The important thing to remember, in this example, is that it averages out as you losing three pence for every £1 bet, which can see you lose money if you bet for long enough.

The House Edge, meanwhile, is usually expressed as a percentage figure that the casino wins, rather than you lose. Looking at a game like roulette with a single zero, there are 36 numbers plus the zero to make 37 possibilities. The odds of you getting the right number are therefore one in 37 on a fair roulette wheel, but the House only paid 35/1, making their Edge 2.7%. Over time, this is how much they will earn from roulette as a game.

Many people who play slots are aware of a house edge and are looking to win a high prize, in this case you would be better off with a high RTP high volatility slot game.  Those people that play slots because they enjoy frequent prizes would perhaps be better off with a low volatility slot game.  On average you will lose over time whichever type you play but at the same time a lot of people play for enjoyment or for the prospect of winning a large amount and if that is the case for you to get the best value you still need to be looking for games with a low house edge.

The job of the player, then, is to work hard in order to avoid games that have a low RTP% or those that boast a high House Edge. It is common for slots and electronic games to talk about Return To Player percentages and table games to reference the House Edge, so you can know which one it is that you’re looking out for depending on the game that you choose to play. Regardless, having a sense of how much money the casino is going to win from you in the long-term will teach you which games are the best to avoid.

Games That Are Always Weighted Favour Of The Casino

Every game that you can play in a physical casino or at an online one is weighted in the casino’s favour. ‘The House Always Wins’ isn’t just an expression, it is literally how casinos are structured in order to screw you out of your money. There are some games that are so heavily weighted towards the House that you really should do your very best to avoid them at all costs, with slots with a low RTP% being high on the list. A decent Return To Player percentage would be something in the region of 96%+, so anything lower than that isn’t great.

When you start to see slots and games that boast an RTP% of around 80%, though, you should know to walk away and never look back. Can you win on such games? Of course you can. The chance of you doing so, however, is a lot lower and you’d be mad to think that it is a good idea to give them any of your money. The same is true of the likes of instant win games and scratch cards, which do not boast friendly odds and will see you lose far more money than you win over a prolonged period of time unless you refuse to give them a chance.  These games often seem attractive due to low stakes options but ultimately you would be better off doing one £0.10 spin on a high RTP slot than buy one £0.1o instant win game card.

Playing on something like a Wheel Of Fortune might look appealing, but that’s another game that is designed to take your money unapologetically. Also known as the Big Wheel in some casinos, the House boasts an Edge of as much as 24% on them, depending on the odds on offer at your casino and what it is that you choose to bet on. Even with generous odds and sensible betting, you’re still looking at a House Edge in the region of 11%, so you can see why it is that sensible bettors won’t go anywhere near it.

Keno, which is similar to bingo but slightly different, is another game that casinos are desperate for you to play. When you consider that their Edge is as much as 30%, it’s little wonder that they’re hoping that you’ll walk up and spend your hard earned money there. For every £100 that you bet on keno, you can expect to lose as much as £30 of it. Is that a game that sounds as though it is offering you value for money? As with the Wheel Of Fortune, you’re simply playing into the casino’s hands every time you choose to play it.

If you can find it you should play French roulette.  Here the RTP is a much more impressive 98.65%.  This is because there is a single zero, as with European roulette, but the La Partage rule means that if zero comes in half your bet is returned, which increases the RTP. The other option is the En Prison rule which means if zero comes in your bets are not lost but ‘jailed’ and will ride for another spin – should zero come in again all bets lose.

You can’t play French roulette with a lot of sites simply because they are trying to push you to European or American roulette.  If you like to play roulette then seeking out a French roulette game could give you added value over time.

Variations On A Theme 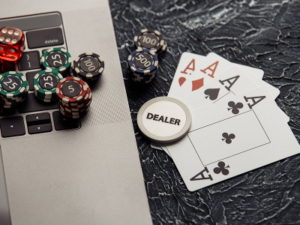 Head to a casino in real life or online and you’ll come across all sorts of variations on the games that we all know and love. We have already talked about the difference between European roulette and American roulette, for example. They are, ostensibly, the same game, but the difference between them when it comes to the odds on offer is pretty big. The same is true of the likes of poker and Caribbean stud poker or three-card poker. With the former, you can play with the most optimal strategy and still get an RTP% of just 94.78%.

In essence, there are few games that are spin offs of the original games that are good to play. Pretty much all of them have only been invented because they take the original game and make the odds even better for the casino. If you’re looking at a game and think that it looks a little bit like another game but with a twist, take a look at the Return To Player percentage or the House Edge and compare it the original game’s. Unless the odds are significantly in your favour, avoid the game like the plague and move on. 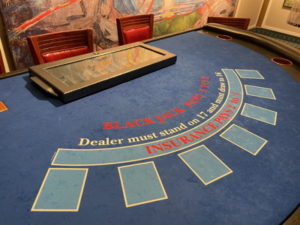 Another thing that casinos introduced in order to make themselves more money were side bets. Nowadays, it is virtually impossible to play the likes of blackjack without being bombarded with a wealth of different side bets. Whether it be the option to take out insurance against the dealer hitting blackjack or the ability to bet on your being dealt a Perfect Pair and get an associated payout, blackjack is a game awash with side bets that you should very much avoid if you want to keep hold of as much of your money as you can.

It’s not just blackjack that boasts such a thing, of course. There are numerous different card games at casinos that have similar such side bets on offer. In truth, it doesn’t really matter what the game is or what the side bet is that you’re being offered, steer clear. Whilst they will pay off every now and then, the likelihood of them doing so is slim at best, meaning that you’re just handing the casino the advantage in the battle of the money takers, whether you like it or not. It is a silly approach to game playing, so don’t fall for it. 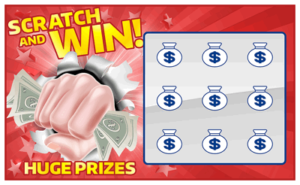 Side games refer to small games that appear within the main window when playing other games, such as bingo.  These basic slot games or instant win games are often used by customers during time intervals between their main bingo game.

These games have terrible RTP rates and should be avoided.  You would be better off opening another window and playing a high RTP slot if you want to play slots between playing bingo games.

All games will have their RTP or house edge published either within the game or within the main terms of a betting site.  You may need to seek the information out but it is highly worthwhile that you do if you play a lot of casino games regularly.  If you choose a side game or scratch card game with an 80% RTP vs a good slot or table game with 97% RTP, for example, then over time the average player will lose more money.