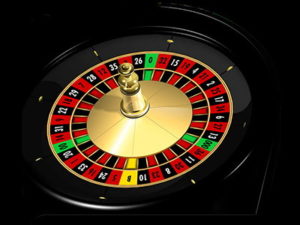 Those that know roulette will know that there are essentially two versions of it: European roulette and American roulette. Within European roulette there is also French roulette, which operates in a similar way but offers players the chance to play en prison or la partage rules, should the ball land on the zero. Regardless, European and French roulette tables both have just one zero that the ball can land in, which compares favourably to the two zeros that are on offer on an American roulette table and shift the odds further in the House’s favour.

In recent years, Las Vegas has started offering bettors the chance to play on a triple zero roulette table, which, as you might imagine, has three zeros. This means that the odds are tipped even closer to the House, so you might think that people would avoid playing it at all costs. Instead, punters are regularly seen lining up to get involved in triple zero roulette, largely thanks to the fact that the casinos make the minimum amount needed to play it lower than on the other roulette tables. Even with that in mind, though, you really should stay well clear.

What Is Triple Roulette?

If you offer a casino manager a chance to make more money and they turn it down, the chances are that they won’t be in their job for very long. Casino owners always want to find new and interesting ways to increase their profit, so it shouldn’t come as much surprise that the roulette wheel was reinvented to help them do as much. First launched in 2016 at the Venetian, triple zero roulette saw an additional space added to the roulette table for a third zero, putting it alongside the 0 and the 00 that were already present on American roulette tables.

In essence, all it is is traditional roulette but with an added zero. It means that there are three chances, rather than two, for the ball to land on something that will end up seeing the entire table’s worth of bets swept away, save for those that were placed on the zero. Every additional space that is added to the table makes things worse for the players, mathematically speaking, which in turn is good news for the House. The ball still bins, punters still place their chips where they think it will land and the croupier still pays out to winners, it is just that a third zero is now a possibility.

What Does It Do To The House Edge? 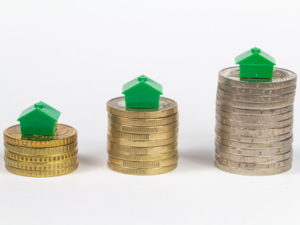 When a table has one zero, the House edge is 2.70%. That is why European roulette is always the best variation of the game to play, presuming that French roulette isn’t an option. On a French roulette table, for the record, the House Edge remains at 2.70%, unless you’re betting on one of the Even money options. In that instance, the Edge drops to 1.35%, which is the lowest of any roulette game and the reason why it is so popular with players and so rarely seen in major casinos. When you’re playing American roulette, meanwhile, the House Edge shoots up to 5.26%, entirely because of the presence of that second zero.

Step over to a triple zero roulette table, however, and you’ll see that the House Edge stands at 7.69%, which is huge in comparison to the others. Again, that huge discrepancy is entirely down to the fact that another zero has been added to the table, allowing the House to laugh itself all the way to the bank. It also the reason why triple zero tables moved from the Venetian to appear at Planet Hollywood, then New York New York and then pretty much took over the roulette that was on offer anywhere in Las Vegas.

Why People Play It 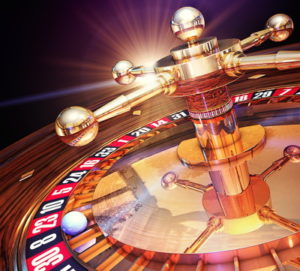 The extent to which triple zero roulette rook over Sin City can’t be understated. It isn’t that you can’t find any double zero American roulette tables, or even the occasional European roulette if you know where you’re looking. No, it’s just that the casino owners realised that they stood to make a good few percent more money by offering triple roulette tables and encouraging players to get involved with them rather than any of the other options. Even so, punters are generally clever enough to know when they’re being had, so why do people play on triple zero roulette tables?

The answer pretty much comes down to the fact that casinos make them more attractive options than either European or American roulette tables. The truth is that the vast majority of bettors don’t care too much about the House Edge. Most people know that the House Always Wins, but they turn up and gamble away their money regardless. With this in mind, what people want to do is to play games that are cheaper than the alternatives. When it comes to roulette, they will pick the table that has the lower minimum bet, irrespective of the House Edge attached.

Imagine yourself in a casino and looking at three different tables. One is European roulette and has a single zero, but the minimum bet you can place is £20. The next table is American roulette, boasting two zeros and a slightly kinder minimum bet of £10. Finally, there is a triple zero roulette table, which says that the minimum that you need to pay in order to place a bet is £2. Which one are you going to choose? You might be fully aware that the House Edge isn’t in your favour, but does it matter when you can place bets that are decidedly smaller than on either of the other tables?

For most people, the House Edge is pretty much irrelevant. They’ll be placing a bet on their favourite number or a selection of numbers that have been good to them in the past. Maybe they support Liverpool and always bet on red, or once won big by betting on only the middle column. Every now and then the ball lands on zero and takes away their wager, but it could have landed on the outside column or on black and they’d have lost their money anyway, so what does it matter? The important thing is that they’re only betting £2, not £10.

That is, in basic terms, why most people play on triple roulette tables even though the House Edge works against them. It isn’t the smart move, but it is the easy one. Most people, after all, will always look to make the easy choice when they can and this is especially true when they’re placing bets. You, though, now know better and the next time you’re in a casino with a triple zero on offer, you have no excuse for playing it if another option is available. You might need to pay more, but you stand a chance of losing less in the long-run.