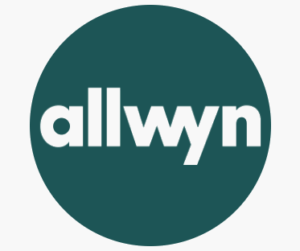 There has been a lot of drama surrounding the new licensing for the UK National Lottery. For the first time in its history dating back to 1994, the UK Gambling Commission made the point of having an alternative operator in mind to receive the licence for it. Following a competition that was held which saw a few bidders “reach the finals” so to speak, the Commission pointed out that Allwyn Entertainment UK was its preferred bidder for the licence.

Naturally, this didn’t leave current operator Camelot in a very pleased state. It decided to file a High Court lawsuit against the Commission for choosing to award Allwyn the licence, but now it seems as though the awarding of the licence to that company has been given the go-ahead. While the lawsuit initially ended up suspending the transfer of the licence to Allwyn, the court agreed to lift that suspension as of Wednesday, June 29. And this will allow things to start moving in Allwyn’s direction.

Going Back to the Beginning

In March of 2022, the United Kingdom Gambling Commission (UKGC) made the announcement that it was looking towards Allwyn Entertainment Limited as its preferred applicant for the fourth National Lottery licence. With the third licence, currently held by Camelot, due to expire in 2024, it had launched its own competition towards the end of last year, seeking for applicants to submit their bids and explain why they should be allowed to take over control of the country’s lottery.

Four applicants were deemed to have been in the running in the final stage, which the Commission noted was the highest number of such since the lottery first began operating in 1994. The regulatory body chose Allwyn from the four contenders, which included current operator Camelot, because it had committed to put plenty of time, effort and investment into The National Lottery, so that it could deliver on growth promises and innovation across the products provided.

It was highlighted at the time of the Gambling Commission making this announcement that March 15 stood as the first day of a legal standstill period, which would last at least 10 days. Then, a 22-month transition from Camelot to Allwyn would be expected.

However, that was all brought to a swift halt when Camelot submitted legal proceedings to the High Court, claiming that the awarding of the licence to Allwyn was a bad decision. “Despite lengthy correspondence, the Commission has failed to provide a satisfactory response”, said the chief of Camelot, Nigel Railton. Due to this, he felt it had left no other route but to take the regulatory body to court to “establish what happened”. He cited the complaint that the selection process deserved a more “independent” level of scrutiny and noted that Camelot has over 1,000 people working “tirelessly to successfully operate The National Lottery”.

The Gambling Commission said that it regretted the decision taken by Camelot to bring legal proceedings forth and noted that a “fair and robust” competition had taken place to determine the new licence holder.

Because of the fact that those legal proceedings had indeed been brought forward though, an automatic suspension was placed on the Commission’s ability to officially award the licence to Allwyn. In May, it requested that the High Court lift the suspension on the grounds that it could pose severe issues for the National Lottery itself and the good causes that benefit from the game.

The Court Lifts the Suspension 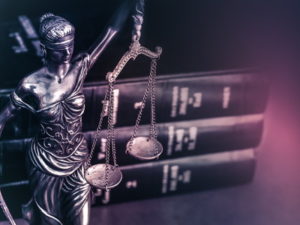 On June 29, the court agreed to lift that automatic suspension, leaving a clear path for the Commission to proceed with formally awarding that licence to Allwyn Entertainment. In a statement that the body released, it said that its main priority is to “work to implement our decision and ensure a seamless and timely transition to the next licence, for the benefit of participants and good causes”.

It was also noted by the UKGC that it would begin preparing for the trial relating to the various claims from Camelot, but once again highlighted the idea that it had run a “fair and robust competition, and that our evaluation has been carried out fairly and lawfully”.

The Commission managed to get the suspension lifted partially due to evidence that was submitted by John Tanner. Working as the Executive Director of the Fourth National Lottery Competition, he said that Allwyn had to be guaranteed a minimum period of two years to take over control of the country’s lottery product. He cited a “tight timetable” being in place so as to meet the deadline in 2024, claiming that transfer processes need to begin in June-July of 2022, regardless of the challenge laid out by Camelot.

The High Court battle was also labelled as being prejudiced towards Allwyn Entertainment by the Commission. As well as claiming that no official and proper explanation has been given as to why its bid was rejected, Camelot has argued that the UKGC changed the rules and conditions relating to how the various bids were evaluated. In doing so, Allwyn’s bid was favoured over all others.

The Gambling Commission stated that it had taken “every step possible” so as to make sure that all applicants had a “level playing field”. And as a result, it was able to appoint a licensee which will both engage the UK lottery players and protect them at the same time. It also said that Allwyn came out on top because it was more likely to run The National Lottery with integrity and make certain that it maximises all support necessary for good causes across the UK.

Speaking on the decision of the High Court on Wednesday, Allwyn said that it was “good news”. The company went on to say that “Mrs. Justice O’Farrell was clear that the public interest, and in particular the impact on good causes, was a strong factor in her judgement”.

Allwyn is expected to officially take over control of The National Lottery operations across the United Kingdom in February of 2024. This, it says, will kickstart “a transformation programme”, offering enhanced games, incorporating new technologies and provisions for safer play, as well as a heightened level of returns to give to good causes throughout.