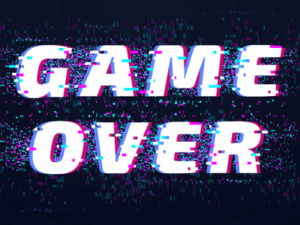 When we visit online casino sites, we’re intending to have a fun time playing the range of games available within the lobby. These games include options like slots, table games, video poker and others. The bigger casinos tend to provide a larger range of these for you to access, meaning that you can often benefit from having more than 2,000 titles at your disposal.

Now, for the biggest part of your time spent gaming (and in many people’s cases, the whole time), these releases will operate as they should. You’ll see cards dealt, slot reels spin, jackpots paid out and so on without any problems. However, from time to time, some players may end up experiencing technical game errors. This includes frozen screens, glitches, incorrect payouts and so on. Who should take responsibility for these errors occurring? Is there just one outlet by which players should point the finger?

Let’s take a closer look at some of the game errors that have taken place in the past and that may occur again in the future. And who exactly is the legal party that is responsible for the errors happening?

What exactly do we mean when talking about errors experienced in casino games? After all, it would be common to think that if a game has been developed and then tested thoroughly, problems shouldn’t even be a thing. And in theory, that is correct, but certain issues can still crop up at times.

Outdated software may end up clashing with more modern technology, your browser may end up causing the game to go through some unexpected technical errors, integrating games into a new platform may not go as planned for players and so on. Here are some casino game errors that, while not likely, you could experience.

Imagine playing your favourite online slot game and you find that while you should have received a £100 payout for a spin, you only get £20. There are several reasons why this ends up being the outcome. And also, in the same vein, it is considered an error if a game pays out more than it should, and it is usually the casino platform itself that raises the topic in this instance, for obvious reasons. After all, a player isn’t likely to be upset about receiving more money from a casino game than they expected.

One such case occurred recently when a player was enjoying an online progressive jackpot slot and he hit a £1.7 million jackpot reward. Betfred – the site that he was playing the game at – then refused to pay the jackpot out to him, citing a “defect” in the game as its reason for this. Ultimately, he sued the casino and won his case, receiving the full payout and then some for accumulated interest.

Of course, in the case of you not receiving as high a payout as expected, you should instantly contact the casino to rectify this and inform them of the game round number.

Games in general, including video games, mobile games and casino games, can suffer from screen freezes and overall crashes at random moments. There is never a single reason behind this being an occurrence. Assuming that your internet connection is strong enough at the time of its crash, then it is likely that the issue is software-related. This can be a particularly frustrating error if you’re on a good run and you’re managing to increase your overall balance.

In most cases with software crashes, each spin that you make is recorded. Therefore, it is likely that you will only lose the progress from the latest spin, and your balance shouldn’t be affected too dramatically.

When it comes to the visual side of things, casino games often incorporate exceptional graphics throughout. And the technology that allows this to be the case is always improving. Imagine loading a slot machine game up and seeing that the symbols are pixelated, and the gameplay is poor and slow. The likelihood of the graphics not displaying like they should can usually be attributed to a poor internet connection on your end. Therefore, this can only be blamed on your own internet setup.

Acting as much more of an irritating error rather than anything that can be considered a major problem, a game not loading can be the result of various issues. Generally speaking, the main reason why this may occur is due to the software in use by the provider. In this case, a developer will usually have been informed of the problem and will be working towards a fix for it. Sometimes, a message will display on the screen that informs you of such.

Alternatively, the browser that you are using may not be compatible with the software of the game you’re trying to play. You can always try another web browser for this. Connection issues could also be a factor in a game not loading, too.

What To Do When You Experience a Casino Game Error 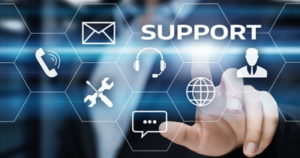 It’s important to remember that casino game errors aren’t something to panic about. Usually, there is a route to take that will resolve the issue. Those companies that are fully licensed have a procedure in place that they must follow to the letter. Encountering a game error simply requires you to contact the casino’s customer support team and be sure to take a screenshot of how the error looks on your screen.

You then need to provide the customer services team with as much information about the situation as possible. The swiftest way to proceed with this is through the live chat function of the site, should this be available. The likelihood is that you will be asked a series of questions regarding the incident, and you just need to explain what happened with the game.

All online casinos should display the terms and conditions surrounding errors on their website. Now, it would be quite understandable for you to be angry regarding the game issue but ensure that you’re talking with the customer service advisor politely. It isn’t the fault of the agent that the game froze or paid out wrong, for example. They’ll be more inclined to help you if you don’t come across as rude and angry with them.

What If The Casino Can’t Resolve Your Complaint? 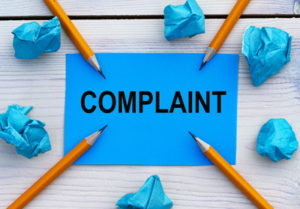 We will always look for someone to blame for a game having an error, and if the casino isn’t taking any sort of responsibility for it, what do you do? Who do you turn to in order to voice your frustration? Well, you can always escalate it up to a manager and beyond that, you can turn to the Alternative Dispute Resolution (ADR). This is a company that is laid down by the relevant industry regulator, where an unbiased and fair judgement will usually be made on the situation.

But is it actually the casino that can be blamed for a game having a fault? After all, this is just a sort of hosting site for it. The casino site doesn’t actually create the software and has little to do with how it technically operates. Different developers are active in the industry, and they craft the slots, table games and so on. Essentially, they are responsible for the creation of the software that displays these games on our screens when we load them up.

However, it seems as though there is little that specifically puts developers in the frame when it comes to errors. The aforementioned Betfred case saw the player sue the casino site itself, rather than Playtech who was responsible for creating the game that he won on, and that the operator pointed the finger at as having a technical issue at the time. Why is this?

Well, in most circumstances, an online casino game will have a paytable and/or settings section that you can access. While this is often used simply to view the various payouts that you can obtain from playing the game in question, it also features additional information that you can see. This includes a point that reads something similar to, “In the event of malfunction of the gaming hardware/software, all affected game bets are rendered void and all affected bets are refunded”.

That specific point relates to problems that could occur on the technological side of things. Basically, if anything were to go wrong with the game whilst you are playing it, then winnings associated with it won’t be paid out and you will basically just get your chosen stake back instead. Of course, if you had won something substantial from that spin or round, this stands out as being quite the nightmare clause for you.

It is most likely due to this that people aren’t really able to take developers to court and sue them when payouts go wrong or other technical issues occur. In the Betfred case, the High Court judge ruled in the player’s favour, stating that there were no grounds for the casino withholding payment from him. Yet because the Frankie Dettori’s Magic Seven jackpot game, which the player was spinning when he won, features the phrase ‘Malfunctions void all plays and pays’ in its paytable, the player wasn’t really able to sue developer Playtech.

Betfred did make the claim that it denied the winnings to the player as a result of a software glitch, as stated in its terms and conditions. However, the judge stated that the specifics of the caluses that were relied upon were actually very much inadequate. She also spoke of the clauses being not transparent and not fair, so Betfred could not rely solely upon them for its argument.

Who can actually be held responsible for game errors in both a legal and practical way? 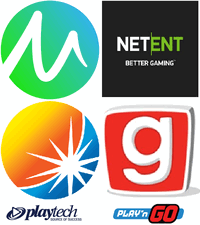 It would be quite normal to point the finger of blame at the software in question primarily. After all, if Playtech or Netent or Microgaming for example, create a slot machine and it glitches out or has a technical malfunction, then it is potentially down to the company that created it to take responsibility. Yet, Playtech never even took any sort of responsibility for the malfunction in the Betfred case. Little was mentioned about the developer, in fact.

Sometimes, jackpot wins are experienced by players, and it is down to the casino to provide this payout. It is not down to the software developer and usually, the players who are upset at a malfunctioned outcome are after their big payout rather than a fix for the software glitch. Therefore, the casino platform is the only one that can be targeted as the responsible party. After all, they are the ones withholding the funds as a result of a supposed glitch.

It has also been documented in the past that some casinos have utilised the excuse of a software glitch to refuse a payout. Someone wins a large jackpot reward from playing a game and then the casino withholds the payout because it doesn’t want to part with such a large amount of money. It comes up with the excuse that a game error was the result of the jackpot win. A payout is the casino’s avenue, whereas the software itself is the responsibility of the respective provider.