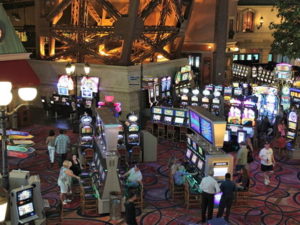 It doesn’t take much for rumour mills to start generating chatter, and stories and myths about casinos have sprung on more than one occasion. Yet one of the most intriguing to come about has been the theory that land-based casinos take the decision to pump oxygen into their facilities to make their visiting customers gamble on the games more. The question is does this actually happen? And if so, what exactly is oxygen supposed to do to ensure that people do proceed with gambling more on the available games?

Of course, sometimes, certain stories of this ilk are created and given more credence by films. For example, in one movie, the casino involved utilised a computer system known as The Greco, and this would analyse the emotions of gamblers before using such as a defence method against cheating taking place. Yet what happens in films is usually exaggerated beyond what is actually both possible and legal. Casinos do have certain forms of manipulation that they can employ though, such as painting their walls in a certain style or utilising a specific form of music through the speakers. But can they really proceed with pumping oxygen into their establishments?

It’s a question that has been asked by many people over the years, and we’re here to take a delve into whether it’s possible and what happens if it does occur. 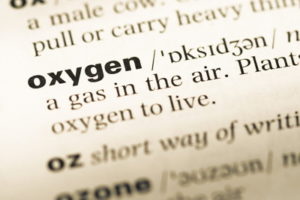 To answer that question directly, no, casinos do not pump oxygen into their rooms. And there are a number of reasons why this would be not only an impractical thing to do, but also a dumb thing to do as well. After all, the fact remains that in various places around the world, some casinos still allow smoking to take place on the floors. Oxygen, as many people will know, is a flame accelerant. If someone is enjoying a cigarette while visiting a casino, the last thing they want is to have oxygen sent hurtling towards them. The flames would be rising high within seconds, and the casino could say goodbye to its establishment.

In some U.S. states, smoking is still legal and allowed on a casino floor, which means that oxygen being pumped in would see them engulfed in flames. In Atlantic City, New Jersey for example, this is possible at certain casinos. Instead, what these casinos do is invest in good air filtration units. This is done in an effort to clear the cigarette smoke out of the casino as quickly as possible, as a way of making it cleaner for those visitors who are non-smokers.

Yet what happens with most casinos when it comes to scents and things being pumped into the room is that nice fragrances are chosen instead. This helps the casino floors smell pleasant and welcoming. Initially, it was done so as to mask any odours that could have been emanating from within, but studies in the 90s revealed that the right kind of scent within a casino could have the impact of increasing return visits. Casinos often utilise unique scents that differentiate them from other establishments as well, so that guests will remember them in a more specific way.

Why would people believe that casinos do go about pumping oxygen into their establishments in the first place? Well, some believe that the myth originated in the novel Fools Die, written by Mario Puzo. In that story, the owner of the fictional Hotel Xanadu in Las Vegas, opted to pump oxygen into his casino so that the gamblers would stay awake and alert for as long as possible, and this way, they would spend more money as well. That novel was first released in 1978, and the rumour about casinos pumping oxygen into their rooms has existed ever since. This has led to casino owners and operators frequently having to deny such practices, but cynics will always believe what they want to believe.

The fact that these casinos are usually well air-conditioned anyway may make gamblers feel more alert and like they’re breathing purer air while visiting. But don’t worry, this air is not infused with additional oxygen. It’s simply cold air coming through the conditioning units, and sometimes it is infused with the scents mentioned previously.

Why Not Pure Oxygen?

Other than the fact that pure oxygen is liable to ignite and accelerate flames easily, increased levels of oxygen have also been proven as beneficial for cognitive thinking. The gas can also boost energy levels in some. This is why those who frequently visit oxygen bars have claimed that the treatment improves your own awareness, helps you to recover from fitness routines and workouts, and also provides a good way of relieving stress. Likely, this is what has led to a rise in attendance at such businesses, too.

Yet for the average healthy enough person, oxygen bars aren’t going to dramatically change your life. The risk of fire that is associated with having it pumped into a casino or any other business remains very real, though. And while smoking is banned indoors in all places of business in the United Kingdom, some places in Las Vegas for example, do not have the same restrictions in place.

Not only that but pumping oxygen into a casino would be considered as a crime by some. Mr Jim Mundy, who is the former Director of Corporate Communications for Casino Windsor, said that pumping any kind of gas or fragrance into the air to induce people to gamble more would be reckless and a felony. And at the same time, having such pumped into the room wouldn’t only affect the customers, but the dealers, pit bosses, bar staff and so on.

Oxygen is also an expensive gas to purchase in its pure form. It’s a light element and it exists all around us, but concentrating it into a liquid is not simple, and this is why it comes with such expenses attached to it. A casino isn’t likely to go to so much trouble to continue purchasing multiple tanks of oxygen every month as a way of influencing people to stay active inside. Casinos have other means to get people to gamble and to return at a later date. Spending millions of pounds on installing oxygen tanks and replenishing them is ludicrous for such a business. Besides which, air is circulated well enough by the air conditioning units that casinos often utilise.

Methods Used By Casinos Use to Get People to Stay?

If pumping oxygen into the casino isn’t the process by which these establishments get people to stick around and gamble more, what methods are in operation? Obviously, they want to have as much gambling taking place as possible, so there is little doubt that certain (sometimes subtle) things happen to ensure that visitors spend more time inside.

If you have ever visited a land-based casino before, you may have noticed that there are no clocks in place on the walls, on the tables, in the restaurants. Nowhere. People who have the ability to see time in front of their eyes know how long they have been active in the casino. Naturally, a gambling establishment doesn’t want this, and without clocks in view, they can spend so much time spinning slots, having cards dealt out to them and so on.

The Omission of Windows

Most casinos also choose to be constructed without windows. This is because in a similar way to clocks, being able to see outside tells people roughly what time of day it is. For those casinos operating around-the-clock, this is a bad thing, because again, if someone arrived during daylight hours and looking out of a window tells them it is now nighttime, they know they’ve been there for a long time.

While this one could be considered as the casino cheating, sometimes they will wire up an electronic slot machine for example, to almost hit a big jackpot. There will be one symbol missing or the jackpot round will be hit, and the player will be just a fraction away from collecting a big payout. Seeing this would be likely to make many players try a few more hands to see if they can achieve the jackpot in the end.

It isn’t uncommon for casinos to hire a person who will play on the slot machines or at a table and when they win, they create a big scene. Lights may flash, music may play out loudly from the machine, and all the while coins are spilling out. Other casino players will witness this and believe that they too can experience a similar scenario. This is known as the “winner effect”, and it has proven to be highly successful in land-based casinos. Even if we experience a win ourselves, then the emotions we feel at that can spur us on to continue and try to win more.

Plastic Isn’t Worth as Much as Cash

Casinos will not accept bets in real money. Instead, visitors must exchange their physical cash for casino chips, which are made out of plastic. This reduces their value in the minds of many players, because plastic is cheaper than cash or coins. A chip made out of plastic that simply has the numbers “100” etched into it is not likely to be as valuable in a player’s eyes as two £50 notes. Therefore, players will be more likely to bet a couple of casino chips, rather than handing over cash notes.

Casinos are very much a big brother environment. This means that everything you do in them is being watched. Should a casino witness you losing multiple hands or see that you’re a high spender who is starting to slow down, then you will potentially be offered free drinks and food. This encourages the player to not only proceed with acquiring the free items, but to come back and gamble some more afterwards or on another day.

It is, without a doubt, the best-case scenario for a casino to see its visitors bet larger amounts. When you play table games, you will sometimes be encouraged to “colour up”. This means that you exchange your lower casino chips, such as those at £5 or £10 for a £50 chip. If you possess five £10 chips, potentially you will be asked if you want to change them for a single £50 one. This requires you to hold less chips, and, in favour of the casino, it allows you to place a higher bet, too.

It will always be the case that cynics push conspiracy theories to the maximum, and while they may be quite serious for some people, they’re highly entertaining for others. Yet you don’t need to look so far to see that casinos have their own ways of tempting people into their establishments and keeping them there. In this respect, there is no requirement for oxygen to be pumped into the casinos. Subtlety of this nature wouldn’t serve the player or the casino very well.

Casino operators are not stupid, and they wouldn’t risk their own businesses, the guests visiting and their own employees. Plus, they’re not going to spend thousands of pounds each year on bringing in pure oxygen to filter in. It just doesn’t make sense for that to happen.

The best way that you can go about playing games at a casino is to go in without any conspiracies in mind. Visit them to have fun on the games and always practice responsible gambling. This way, you will never go beyond your means and you will have an enjoyable time while playing the games.