The start of another month is just around the corner, and what could be better to welcome November than a selection of great new slots?

There’s very little that could top that, right? Fortunately, we know of all the best slots for November 2019, and we’ve brought them to you right here. So, without further ado, let’s check out which ones are due to launch and what they’re set to bring to the table! 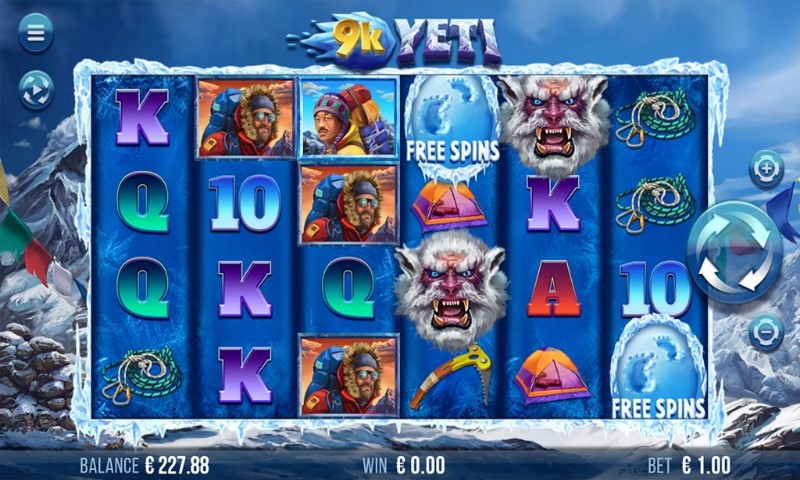 It’s never a dull time when Yggdrasil releases a new slot, and 9K Yeti is another one that will provide a wonderfully entertaining time to players. It’s a six-reel, four-row setup that comes complete with 4,096 ways to win, making it appealing from the very start. Yggdrasil has created this one in partnership with 4ThePlayer, which is a brand that has paired up with Yggdrasil in the past to provide a couple of well-received titles.

Naturally, 9K Yeti centres on an abominable snowman, and gamers can bet up to £25 per spin in the game. Make sure that you watch out for the arrival of special features such as the wild symbol, up to 88 free spins and the Snowstorm function.

Any slot game that utilises the MegaWays function is bound to capture the attention of gamers, and this is no different for the upcoming Aztec Gold option from iSoftBet. As with all MegaWays slots, this one incorporates up to 117,649 ways to win and there’s a maximum jackpot in the game of 19,200x your stake.

Cascading reactions are a staple of such games, but Aztec Gold also includes Cash Re-Spins, wild symbols and scatters. Multipliers of up to 7x the winning pay-out can also be won. Naturally, being an iSoftBet game, this one incorporates some wonderful graphics and animations, too.

Clearly not willing to let November pass by without flooding the slot genre with games, iSoftBet will also be releasing Raging Reindeer. Obviously, this is the developer’s Christmas-themed title of the year, and it features 4,096 ways to win as well as six reels to spin. Raging Reindeer will also be accessible via mobile devices, and bets of up to £20 per spin can be placed. The symbol of the gift box is the one that represents the wild, which appears on reels two to six.

The reindeer in question is the slot’s scatter, which can trigger between eight and 50 free spins. This is one Christmas game that you won’t want to miss out on playing!

Hercules and Pegasus by Pragmatic Play 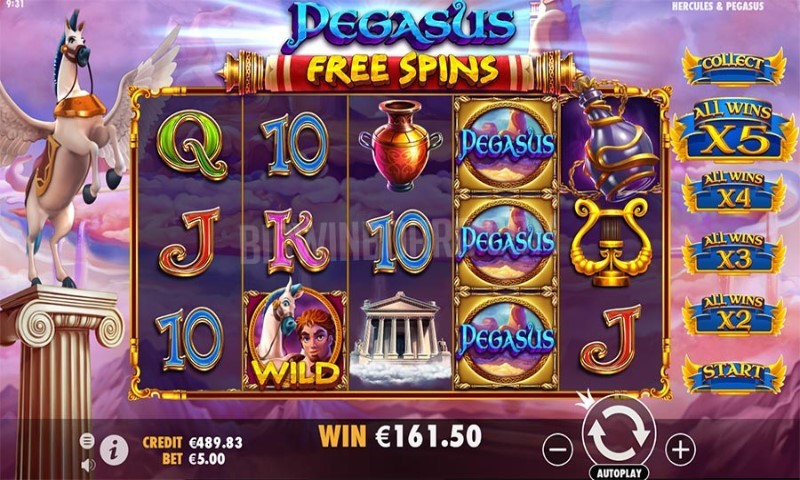 Jumping back to the times of Ancient Greece and the country’s mythology, Hercules and Pegasus from Pragmatic Play will take you on quite the adventure. It’s a five-reel, three-row game with 20 pay lines to bet on, and it utilises some wonderful graphics for a visually stunning slot. The maximum jackpot that you can win from playing this game is 250,000 coins and it has a medium level of volatility.

It’s also the bearer of a wild symbol, which substitutes for others on the reels, while three special features can also potentially be activated. These include the Hercules Wilds, Pegasus Wilds and Bolts of Zeus. Free spins are also present in three formats, which are triggered by the scatter symbol.

The winter months are starting to drift in for November, and Snow Wolf aims to bring the icy chill of the Arctic to your screen. Of course, there’s a fluffy wolf on screen to warm your heart in this five-reel slot game. The wild symbol of the game is the one that the wolf represents, meaning that he has the ability to substitute for all other symbols in the slot.

Meanwhile, you’ll get to benefit from the appearance of the lake scatter symbol. Spinning three or more of this one into view anywhere will activate 15 free spins for you to benefit from, with the number of pay lines doubling up to 80 for the feature.

In the same sort of vein, Elk Studios is bringing Ice Wolf to gamers in November, which contains 243 ways for you to win across its six reels. Again, you’ll see the frozen tundra of the Arctic on display, with the game having three active rows initially. Yet, as you form wins, the upper part of the game thaws and more rows become available – up to six in total.

Betting on this game gives you the chance to wager up to £100 per spin and if the Ice Wolf symbol appears, one of a number of features can trigger. This includes the introduction of wilds to the reels, re-spins and more.

For something a little different, you can always guarantee on Blueprint Gaming. Dragon Fall will present you with eight reels to spin, and these reels are filled with dragon eggs of different kinds. It doesn’t have any pay lines or ways included in it, as you form combinations by clustering eggs of the same type together. Every time you form a win, the reels cascade and you get to experience additional winning possibilities this way.

Alongside the base gameplay, Dragon Fall also includes a wild symbol, represented by the dragon’s eye. Should they form part of a win, they will walk to adjacent positions and lock in place to help with creating additional wins. An unlimited multiplier is also attached to that wild symbol, and if you spin three or more of them into view, six free spins are awarded to you.

Last but not least, Playtech is back at the superhero creations once more with Justice League Comic. This marks the second of the developer’s Justice League releases, with the last one coming in 2017. With this being the case, you’ll get to see heroes like Superman, Wonder Woman, Batman and Aquaman appear on the reels, and the game has some wonderful inbuilt special features, too.

These include the Moving Wild Bonus Game, Re-Spins Bonus Game and Mystery Symbol Bonus Game. Various super villains will appear as additional bonus symbols in the slot, being displayed via Playtech’s usual brand of high-quality graphics and animations.