UKGC Rebukes Casinos Over Feature Buy in Slots, What Games Are Affected 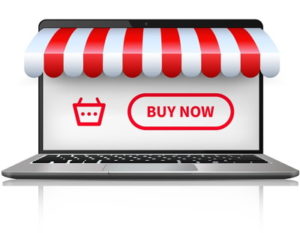 The United Kingdom Gambling Commission (UKGC) is known for providing gambling licences and regulating the country’s gambling industry. Yet, at times, it also has to proceed with warnings, reminders and potentially fines, to those operators who don’t follow the rules of their licences. One such reminder has had to be given recently, when it was discovered that six operators in the UK were providing online games that contained “feature buy-in” options.

Games being provided to UK gamblers should always adhere to transparency and safety standards that the Commission has set as terms of operators receiving a licence in the first place. Clearly, the operators in question, weren’t following the rules when accepting these games as part of their lobbies.

The Remote Gambling and Software Technical Standards (RTS) of the UK Gambling Commission contains various requirements within. Yet, two of the main requirements ask that operators provide an easily accessible explanation of the applicable rules before they commit to gamble and that gambling products should not actively encourage customers to chase their losses, increase their stake or increase their bet amount.

The six operators who were found to be in violation of these rules were contacted by the Commission regarding such. They have since removed the offending games from their respective lobbies so as to adhere with the official legislation.

What Is a “Buy-in Feature” in Slots? 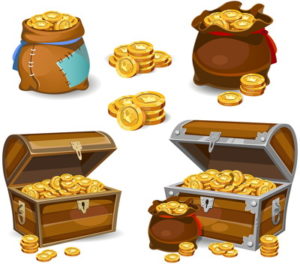 Some software developers create their games with an additional buy-in perk. This essentially allows them to purchase a special feature in a slot, rather than wait for it to trigger while spinning the reels.

Generally speaking, the buy-in option often requires the player to stake a significant amount of money – more than their standard bet would usually be. During the Commission’s investigation, it found that one of the slot games was charging over £3,000 for players to access the inbuilt bonus feature this way.

That clearly goes against the requirement of the RTS, as it basically requires a user to increase their stake or increase the amount that they have decided to gamble. It is due to this discover that the Gambling Commission had to remind its licensed operators to check into the games being provided to UK players within their lobbies.

Naturally, such features within slot games – one of the most popular online casino options for players – stand a good chance of triggering or further enhancing problem gambling within the UK. This is something that the Commission has been trying to tackle on a much stronger level in recent times.

What Slots Will It Affect?

Some of the slots that incorporate this particular buy-in feature include the Buffalo Rising: MegaWays product from Blueprint Gaming and White Rabbit from Big Time Gaming.

The latter of these games utilises the rabbit from Alice in Wonderland as its base theme, but to the right of the reels is a button allowing you to buy the Feature Drop perk for anything between £10 and £2,000. Coins appearing on the reels will also go towards reducing the price of this.

Champions of Rome from Yggdrasil also has a feature that allows players to purchase the bonus round, located to the left of its reels. This requires a fee of up to $2,500 to be paid in order to buy free spins.

Recently, the Commission turned to the Advisory Board for Safer Gambling (ABSG) and the Digital Advisory Panel (DAP) for advice on the best way to try and curb gambling addiction in the United Kingdom. In doing so, the regulatory body received a few recommendations from the expert groups. These recommendations included:

Speaking of the advice that the Commission has received from the two groups, the Chief Executive of the UKGC, Neil McArthur said that it will both guide and influence the organisation’s regulatory approach.

McArthur would go on to explain that it would take a “bold and innovative approach” to allow the Commission to achieve a larger reduction in the number of people with gambling problems. This, he said, is why the UKGC has set itself and the industry some tough challenges that he believes “must see progress” by Spring 2020.

Both the DAP and ABSG spoke of their happiness and delight at working with the UKGC on its gambling harm plans. The Chair of DAP, Andy Payne said that he hopes the collective intel and experience of his panel will allow them to support the Commission with reducing gambling-related harm. Meanwhile, Dr Anna van der Gaag, who operates as the Chair of the ABSG said that she welcomes the Commission’s publishing of their advice. She proceeded to note that various gaps and weaknesses in the current system of the Gambling Commission had been uncovered. These, she said, would result in continuing harms from gambling activity if they aren’t addressed and tackled swiftly.

After the receipt of this advice from both companies, the UKGC has set itself three challenges to be able to progress with raising standards and reducing gambling-related harm. Those challenges are to address Responsible Game Design, Advertising Technology and the Incentivisation of High Value Customers (VIPs).