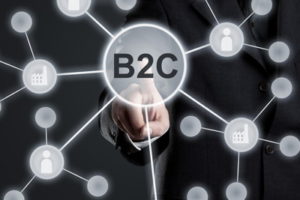 Grace Media has completed its purchase of the Nektan UK B2C business for a total of £200,000. That comes as part of various ongoing restructuring efforts by the Nektan gaming content provider, which said that it has suffered a £9 million loss in the one-year period until June 30, 2019.

The deal was finalised on Tuesday, January 7, 2020, with Mark Phillips and Julie Swan of PCR London being appointed as joint administrators of Nektan UK’s B2C business on the same day. The Grace Media brand, which is a part of the digital marketing services provider Active Win (that also provides B2C services for brands like Betfred and Kerching, amongst others), made an initial payment of £50,000 in cash. The remainder of the £200,000 purchase price was to be paid following a business meeting to further discuss various KPIs.

With the sale of the B2C arm of Nektan, the brand aims to use proceeds from such in the course of running the administration of Nektal Gibraltar (NGL). Yet, this will have no impact on the general running of Nektan, according to the company. In its press release, Nektan said that both it and its subsidiaries will continue trading as they normally would.

Once the purchase was agreed upon, Nektan said that it has now entered into a business-to-business partnership with Grace Media, which will thereby allow it to continue the delivery of its services to the existing range of UK B2C white label partners. Therefore, the Nektan brand will receive monthly royalties from Grace Media for an ongoing timeframe.

Unfortunately, things didn’t look so great for Nektan at the start of 2020, due to the fact that it failed to publish its 2019 accounts before the end of the year. With this being the case, the brand was suspended from trading in London.

Usually listed on the Alternative Investment Market (AIM), Nektan announced on Thursday, January 2 that it had not been able to publish its audited annual report and accounts by December 31. It’s a requirement of the AIM that all companies should follow through with this, but Nektan had even warned its shareholders of the probability that this wouldn’t happen on December 23.

Instead, Nektan said that it would be a lot more likely to end up publishing its results in January. However, rules are rules, and the group was suspended from trading on AIM under Rule 40. Even though that was the case, Nektan didn’t seem phased by the delisting, proceeding to outline a series of developments that it said would be beneficial to its own position.

It was at that time that it mentioned the interest that had been generated from potential partners regarding its B2B and B2C divisions. Furthermore, it spoke of having several “transformational” launches in the pipeline for Q1 of this year.

It was in the second half of 2019 that Nektan went on to raise more than £2.7 million in new investment and as September rolled around, the company announced its plans to bring in £3 million from working capital. It also had the idea to restructure existing loan agreements, making it known that the business required funding from new locations in order to continue.

All Part of the Restructuring Process

Speaking of the deal that has taken place with Grace Media, Nektan said that the restructuring of certain areas of its business will allow the company to target new and emerging markets. This will all become possible with a strengthened balance sheet and cash position.

The Nektan Interim Chief Executive, Gary Shaw said that they look forward to working in partnership with the buyer “as they take the business forward”. Shaw was drafted in to his current position following the departure of former CEO Lucy Buckley, who opted to resign in August last year.

Meanwhile, the Active Win Group Chief Executive, Warren Jacobs said that the acquisition of the UK B2C business will allow his company to further expand into UK online casino territory. He said that it will further the company’s growth in that market “from being a white label operator ourselves, to working with the full complement of business partners established by Nektan”.

A business update that was posted by Nektan in September last year said that its B2C white label division had experienced quite the dip, thanks to the fact that the United Kingdom had increased its remote gaming duty and introduced stricter KYC rules. Furthermore, it said that it was in the process of completing a £4.6 million fee labelled as Point of Consumption tax to HMRC.

It’s interesting to note though, that the net gaming revenue of Nektan rose by 14% to £22.6 million from just £19.9 million in the previous year. That rise was actually credited to the sharp increase in business-to-business sales, and that is what Nektan intends to focus on heavily after the restructuring takes place. Yet, in the year to June 30, 2019, the company recorded a pretax loss of £6.4 million, which is an increase from the £5 million in the previous year.

Granted, these figures do seem to suggest that the main brands of Nektan are experiencing a bit more stability than they were previously. However, the comments that the company has made regarding the funding are likely to raise some eyebrows and cause for concern.