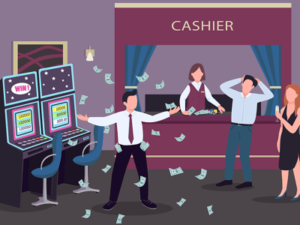 We all know that casinos, both online and offline, incorporate a variety of different games in most cases. Therefore, it is not so uncommon to see slots, table games, video poker and so on being provided on a casino floor, providing a diverse range of options to play. And, of course, people do play them, which is why they remain active in the casinos. But what is it that makes the casinos the most money?

By this, we do aim to look at the available games and see if there is a specific type of game that brings in more income than others. But land-based casinos also provide other features, such as restaurants, bars, events and more. Therefore, perhaps these contribute a large enough amount to the casino’s revenue. It’s also not a rarity to find that a land-based casino has a hotel attached to it, which is also likely to add to the income quite successfully.

Here, we’ll have a look at what makes casinos the most money and give a bit of insight into whether online and offline casino income differs. 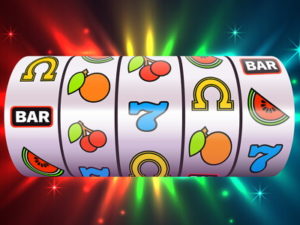 Potentially, everyone could have guessed that slot machines would have the most necessary position on this list, because they’re so popular with players. Furthermore, casinos tend to flood their floors (or online game lobbies) with slots, and this is likely because they know that gamers enjoy them so much. Therefore, with a diverse selection of these on hand to play, there is more opportunity for larger income to come from them for the casino.

Slot games are known for being simple to understand and play, so there is little wonder that gamers have taken to them so much. Naturally, the revenue from those slots comes when a player inserts money into them. This provides a certain level of stable revenue. Yet there is also a secondary source of income from these games that the casino can benefit from, too – the ‘handle’. This occurs whenever a player obtains a payout and then doesn’t leave the game alone. Instead, they put more coins back into it with the hope of acquiring more as a result.

What is often the case that happens with these games is that players will end up putting more money into a slot than the initial amount that they started with, including any previous successful coin victories. If you were to take a look at slot machines in the United States of America, it is estimated that about $4 billion (£3.3 billion) of the $6 billion (£5.1 billion) made in revenue from casinos every year comes from slots. Each machine there is estimated to fetch about $80,000 (£67,000) each year. And as it happens, they have also contributed significantly to the record $53 billion (£44.5 billion) revenue from the gambling industry in the USA in 2021.

Strangely enough, it is the penny slots that bring in a higher level of revenue in the U.S. than the dollar slots. When you get right down to it though, this can be understood because slot games are often what beginners or those who don’t gamble so frequently try to play. They are not as aware of how much slot games lean in the house’s favour but will still start out with the games that don’t cost as much to try and maintain a decent level of money.

At online casinos, slots remain highly popular too, being labelled as the UK’s most popular type of online casino game. According to figures, slots account for up to 69.3% of all money that is wagered at online gambling sites, and this equates to as much as £2.2 billion of the industry’s total GGY in the country. 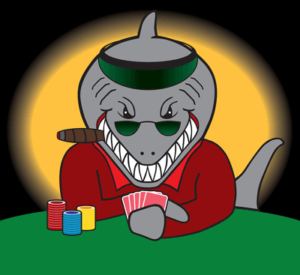 When most people consider casinos, they don’t necessarily think of poker gameplay and instead look at things like blackjack or slots. Yet poker does actually drive a lot of revenue into casino establishments, and this is available at both online and offline casinos. It may seem an odd one because players actually stake their money against other players and in the end, usually one player gets the pot when the round is over. But the casinos also charge a certain percentage of the total pots prior to it being handed over to the player who has the best poker hand.

This is known as rake, and some casinos even utilise an hourly fee rake, which is where they charge a player a fixed fee to sit at a poker table. This is done instead of a portion of the pot being taken by the casino.

It is also relative to consider that many land-based casinos host poker tournaments, and some of these are huge, attracting players from all over the world. When you consider that so many games of poker are taking place at these tournaments, the pots can also get very large. At the same time, tickets for such events are purchased at hefty prices on occasion, and all of these players need to eat and drink, which will occur within the casinos most of the time, too. Combining all of that together, it’s easy to see that poker provides casinos with quite the stream of income.

The online poker scene is not quite as effective in this sense, though. While tournaments and games do take place frequently, providing a certain stream of revenue, these online games see players simply participating from home. Therefore, players don’t need to spend other money at the casino as they potentially would at a land-based event. 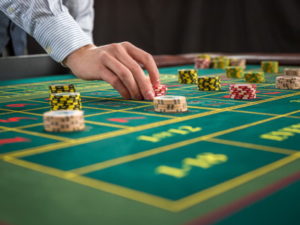 Roulette is frequently associated with casinos upon first thought, simply because it has been available to play at such venues for so long. In the United States, it draws revenues of around $367 million (£307.1 million) every year. In general, it is one of the oldest casino games around, dating back to the 17th century, and it offers both American and European styles, which each come with different house edges. The former is much higher on this front due to the fact that the wheel contains a single zero segment and a double zero segment.

It is fairly popular, and it is actually simple to understand how to play, it’s just that some players see so many numbers and potential outcomes for the ball in the wheel to land on that they may not see it as being a game that is profitable. And this is potentially why roulette isn’t quite as popular as slot machines, for example.

If a player places a bet and it isn’t a successful one, then that money is taken by the casino. Furthermore, it can be quite common for casinos to charge around 5% of the bets placed on each roulette table, meaning that they are still drawing profit from somewhere. Roulette players can also be quite notorious for their determination to outdo the game, so will continue betting until they have no cash remaining. That means a payday for the casino, without a doubt.

It’s quite odd to think back to the late 60s when roulette wheels weren’t allowed to incorporate the green zero in the UK, too. Senior detectives from Scotland Yard warned gambling club owners that if they operated a roulette wheel with the 0 on it, they would be prosecuted for it. That came about following a judgement which occurred in the House of Lords, which labelled the green zero illegal under gaming law. The ruling stated that the chances must be equally favourable to all players, and that green zero meant there was an imbalance in roulette. Of course, this reduced the house edge beyond the standard 2.7%, making it a lot more favourable for players to play. It didn’t take long for the government to realise how much of an issue this would be for their tax coffers though, once gambling tax was introduced. 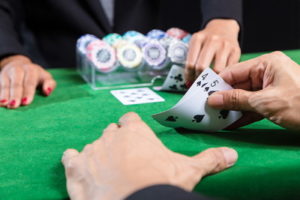 In terms of card games that are available at casinos, blackjack is the most popular of them all. Between April and September of 2020, the drop value from blackjack gameplay was around £39.39 million. People managing to be successful through playing the game managed to obtain a total of £10.04 million. Those figures show just how much the casinos providing such games managed to keep for themselves. Of course, revenue is taxed by the government, so it won’t all be retained by the casinos, but a hefty portion of it does go towards the establishment or online platform.

That figure does show a significant decrease in the amount dropped on blackjack for that period in comparison to the previous one. Yet the COVID-19 pandemic did have a noticeable effect on numerous areas of the gambling world, and this is likely to be the case here.

The odds for people winning on blackjack are actually better than the odds on slot machines. Therefore, in theory, a person should win more frequently when playing blackjack games than slots. Yet some people are turned off by card games because they imagine poker and think that they’ll need to remember different hand types. A large number of people want simple entertainment from the casino games they play, and slots provide this, whereas blackjack and roulette for example, require a bit more thought process when betting and playing.

Other Casino Revenue Factors to Consider 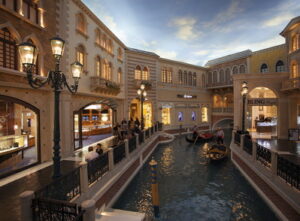 Casinos do exist as locations for people to visit and play games in, of course. But they also incorporate additional features for players to take advantage of. This includes the addition of hotels for people to stay in, restaurants for them to eat at, bars to order drinks from and so on. Doubtless, these contribute to the overall income for a casino establishment. Resorts exist in places like the United States of America and Macau, for example. They incorporate a casino and hotel and sometimes even shopping malls and similar features into one location.

All of these things combined together make for a nice level of revenue coming in from alternative sources. For many of these land-based establishments, they don’t have to rely solely on the appeal of the games on the floor for income. Naturally, they do serve as one of the main reasons for people to visit casinos. Yet if anyone knows operators, they like to amass as much profit as they possibly can, so they’re only bound to accept restaurants and bars into their establishments if they know they can gain extra from such.

Hotels are ideal for casino brands too, because visitors tend to come from all over the world for casino gameplay. This is especially true for places like Las Vegas or Atlantic City in the USA, for example. Many U.S. states do not provide legal casino gaming, so players travel from neighbouring states or even from other countries to be able to play at those casinos as they like. This means that they also often require a place to stay, which is where the attached hotels come into play. The Vegas Strip has more than 30 hotels for visitors to stay in, and they allow quick and easy access to the gaming establishments.

If you were to look at the MGM casino in Las Vegas, you would see that the games included on the floor account for 48% of its revenue. Yet hotel rooms and the food/beverage areas come in second and third place respectively, generating 20% and 16% of the overall income for MGM as of 2016.

Fourth position goes to the entertainment sector, because many casinos have big enough spaces to put on shows, concerts and so on, which people purchase tickets for, and the establishment gets a cut of in the end. Retail is a final category that brings in a bit more profit for land-based casinos, because selling extra items, such as casino merchandise or things found within shops that exist inside a casino resort, also cater to the revenue stream of a business.

In this respect, while gaming does take front and centre position as the biggest contributor to a casino’s revenue, there are other factors to consider as well – at least where land-based establishments are concerned.