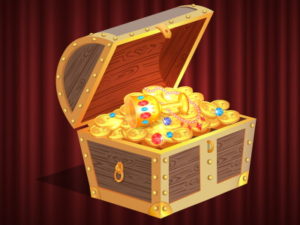 Debates in various countries around the world regarding loot boxes in video games have been fairly frequent in recent years. Many arguments have been raised regarding the safety of them, but one of the main issues that campaigners have had on the topic of loot boxes is that they may pose a risk to child gambling.

Yet one of the key questions that MPs have been discussing is whether or not the loot boxes do indeed operate as gambling activity. While the UK Gambling Commission insisted that they aren’t gambling due to the fact that they hold no monetary value, others have suggested that this is of little relevance because people do not know what they are receiving and are gambling on opening them.

And even though the Belgian Gambling Commission did ban the loot boxes in 2018 because it declared them to be a form of gambling, the UK did not follow suit. This has not stopped them from being a subject of debate though, and there was the hope that recent government discussions would force them into being restricted. However, it seems as though the powers that be in the UK have taken the stance on loot boxes not being regulated under betting laws. This comes about despite a link between them and gambling problems being unveiled.

Instead, the government suggested that the video gaming industry should take action in order to protect youngsters from any negative effects of loot boxes. Should these firms not act, then the government said it would indeed step in, and it is also requesting that purchases of these boxes be restricted solely to adults.

Back in 2020, the Epic Games co-founder Tim Sweeney backed the call for loot boxes to be regulated, agreeing that they do exist as a form of gambling. The company’s popular Fortnite video game also had loot boxes available for players to open, but Epic adjusted the way that they are accessed in 2019. This allowed players to see exactly what is inside them before agreeing to purchase them. In this respect, it cannot be seen as a form of gambling, as video game players know precisely what they are buying.

But it seems that even this has done little to persuade the government to chance its stance on the loot boxes.

Correlation Between Loot Boxes and Gambling 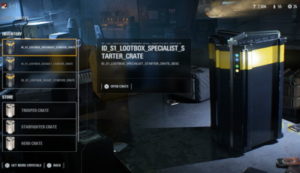 What makes the decision of the government even more astounding is that evidence of loot boxes being associated with gambling has been discovered. Almost 40% of children have had access to loot box technology by playing games like Call of Duty and FIFA. While a warning on loot boxes came into effect in 2020 following the House of Commons labelling them as inappropriate for anyone under the age of 18, this doesn’t seem to have had much of an impact on the overall effect of them.

Through that decision, video game ratings had a warning label added to them if the contained loot boxes to open. Publishers of games were required to provide this information to potential customers before they proceed with buying such content.

But despite these changes and findings, the culture minister, Nadine Dorries said that following its 22-month consultation on the boxes, the tougher “industry-led” move would seek to protect players, rather than a governmental move. It was expected that something would be included in the UK’s overhaul of the Gambling Act 2005 pertaining to the regulation of loot boxes. Yet the decision was made against this, with Dorries stating that imposing curbs on them could have “unintended consequences”.

She backed up her statement by saying that if children were outrightly banned from purchasing loot boxes, then they may end up utilising an adult’s account to do so instead. But a report published earlier on in June of 2022 labelled the loot boxes as “manipulative”, and this saw consumer groups across 18 different countries backing that statement. That report, constructed by the Norwegian Consumer Council (NCC), suggested that gamers are being manipulated into spending large amounts of money just so that they can find out what is inside a box.

And while the government did say that it was aware of the correlation between loot boxes and problem gambling, it couldn’t be certain that a causative link was there. ”Our view is that it would be premature to take legislative action without first pursuing enhanced industry-led measures to deliver protections for children and young people and all players”, it said in an official statement. 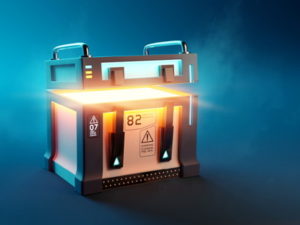 Even though the items inside loot boxes are not monetary perks – something which the government was also quick to highlight – the Gambling Commission has previously spoken of third-party sites which allow the exchange of loot box items for real money rewards. These trading exchange sites are growing in number themselves, offering players the opportunity to sell their opened box items, if they so wish.

“Children should not be able to purchase loot boxes without parental approval”, said Dorries. “In addition, all players should have access to spending controls and transparent information to support their gaming”.

It is thought that tougher curbs will be brought into effect once ministers are able to delve into talks with the video game industry itself. The first update on this front is expected to be delivered within the first three months of 2023.

But a video games expert operating at the University of York, Dr David Zendle, spoke out against the decision made by the government. He said that previous instances of committee inquiries have reached the conclusion that “bad actors” operating from within the video game industry are unable to be trusted to self-regulate things like loot boxes in the name of player protection. Instead, the Department for Culture, Media and Sport (DCMS) is placing foxes in charge of guarding the hen house, he said.

Another, James Close of the University of Plymouth, made it known that he was “dismayed” by the report. Close has published his own research on the obvious link between gambling issues and loot boxes, claiming that the government cited the evidence of such and then also said there was no evidence to support it. He also questioned the statement of the government about loot boxes having no connection to real money, considering the third-party sites that currently operate for exchanges.